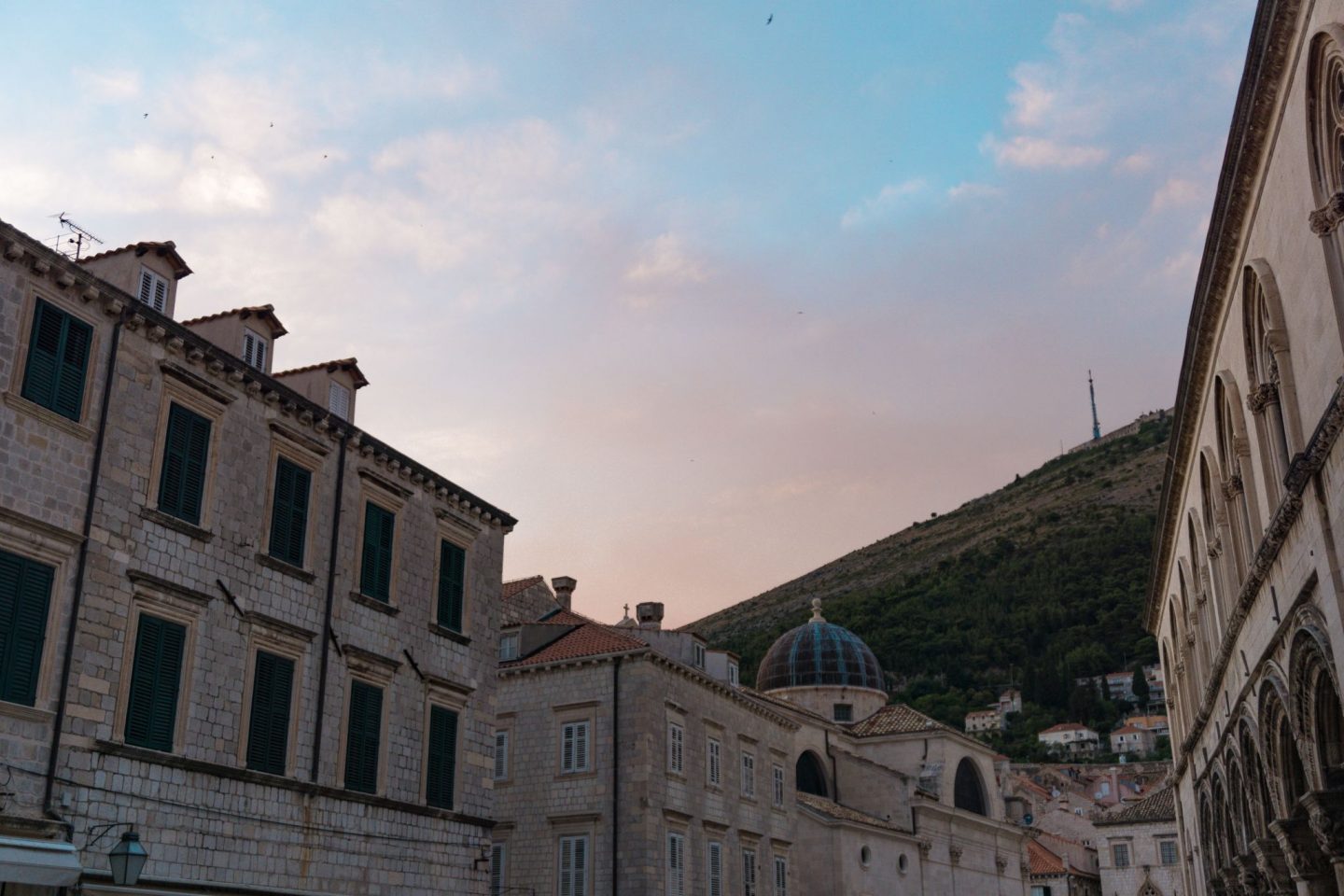 I’ve chosen to do this Dubrovnik City Guide because the city has absolutely exploded as a tourist destination over the last few years. In fact, Croatia is the world’s most searched travel destination, according to teflsearch.com who have studied the most popular places for people to holiday. 6.5% of all holiday searches online from Ireland relate to Croatia and with affordable short haul flights (use the SkyScanner search box in the side bar), it’s no wonder the Irish are flocking to its lengthy coastline, historic old towns and hundreds of islands.

While I’d been to Croatia before, on a sailing trip from Split, I was desperate to get back to see Dubrovnik. You might’ve noticed I’m on a bit of a run with the Game of Thrones locations (watch my Winterfell video here). The tour was the first thing I did when I arrived, so without further ado…

Dubrovnik city guide: Things to do

I found Dubrovnik City Tours via a shout out on Twitter and was quickly booked in for their two hour long evening Game of Thrones walking tour. Ivan, the tour guide, is a film set expert and he’s been to pretty much every single GOT filming location (and there are many). I won’t spoil the behind the scenes goss and info, I’ll just say, do not miss one of his walking tours, you’ll also learn a bit about the history of Dubrovnik and he’ll be able to answer pretty much anything you want to know about the city or the HBO series (and others filmed here). You can email Ivan to book in (ivan_vuka@yahoo.com), tell him I sent you. Video of the tour coming soon, but until then, check out pics on his Insta or see if you recognise any of the locations below. 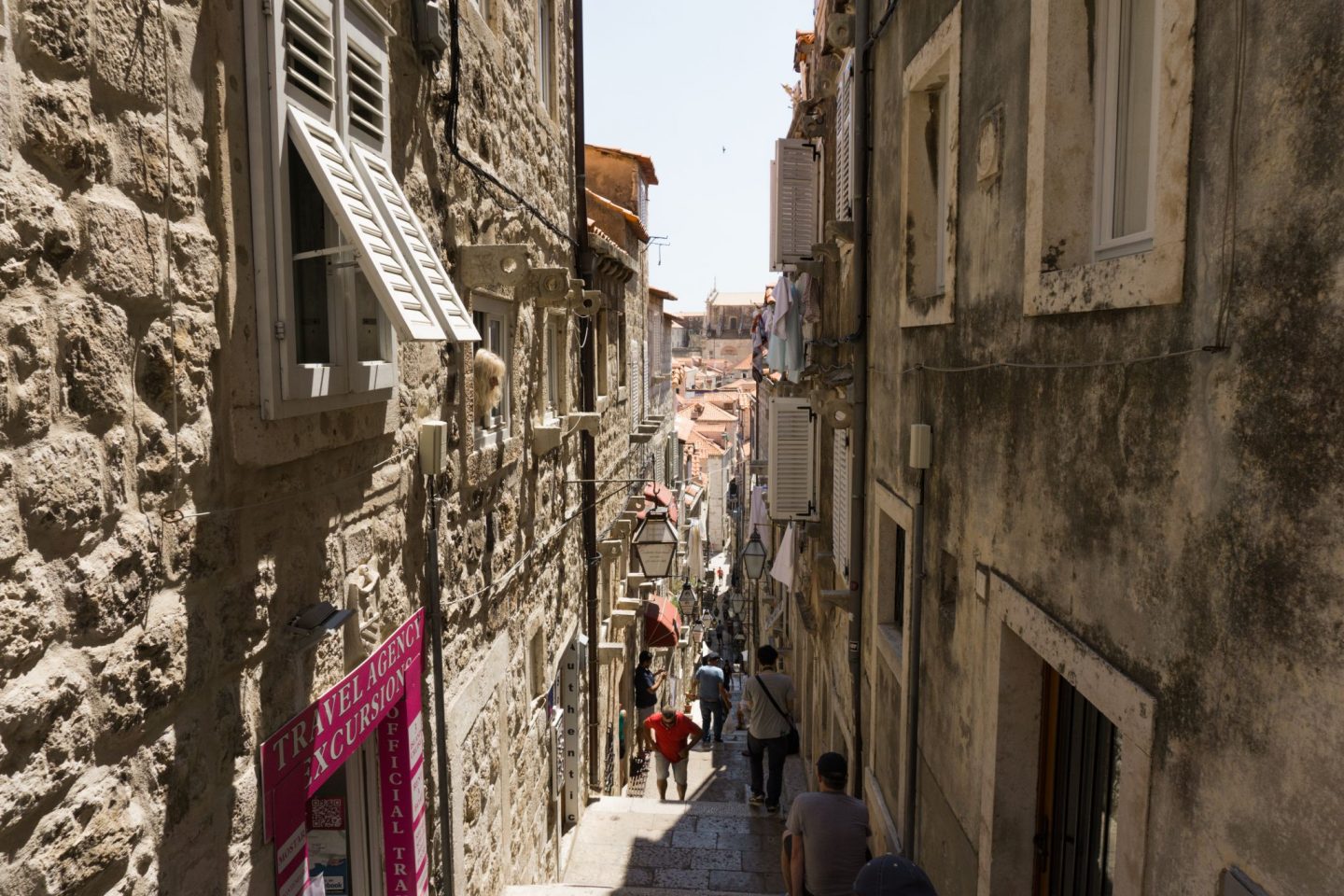 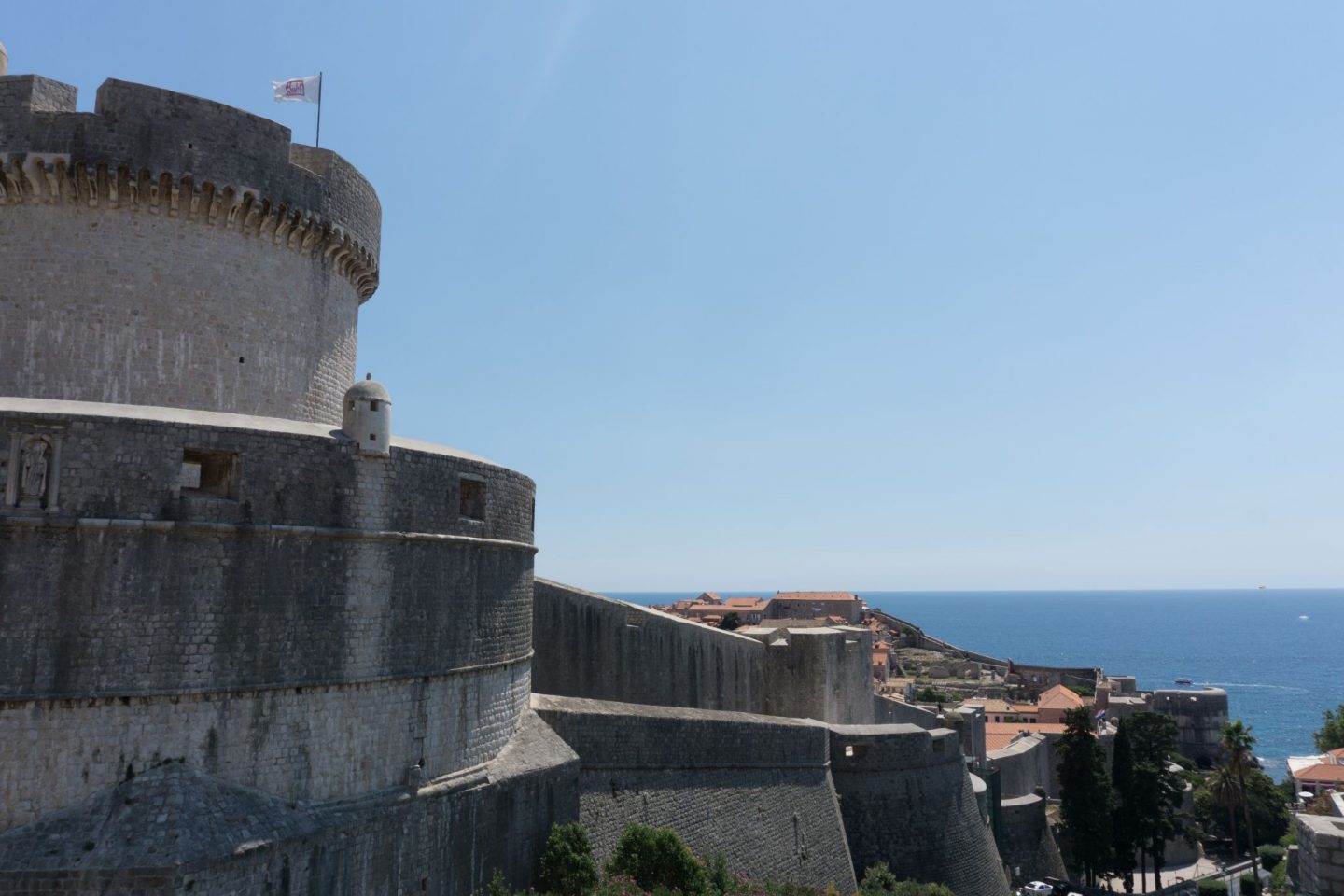 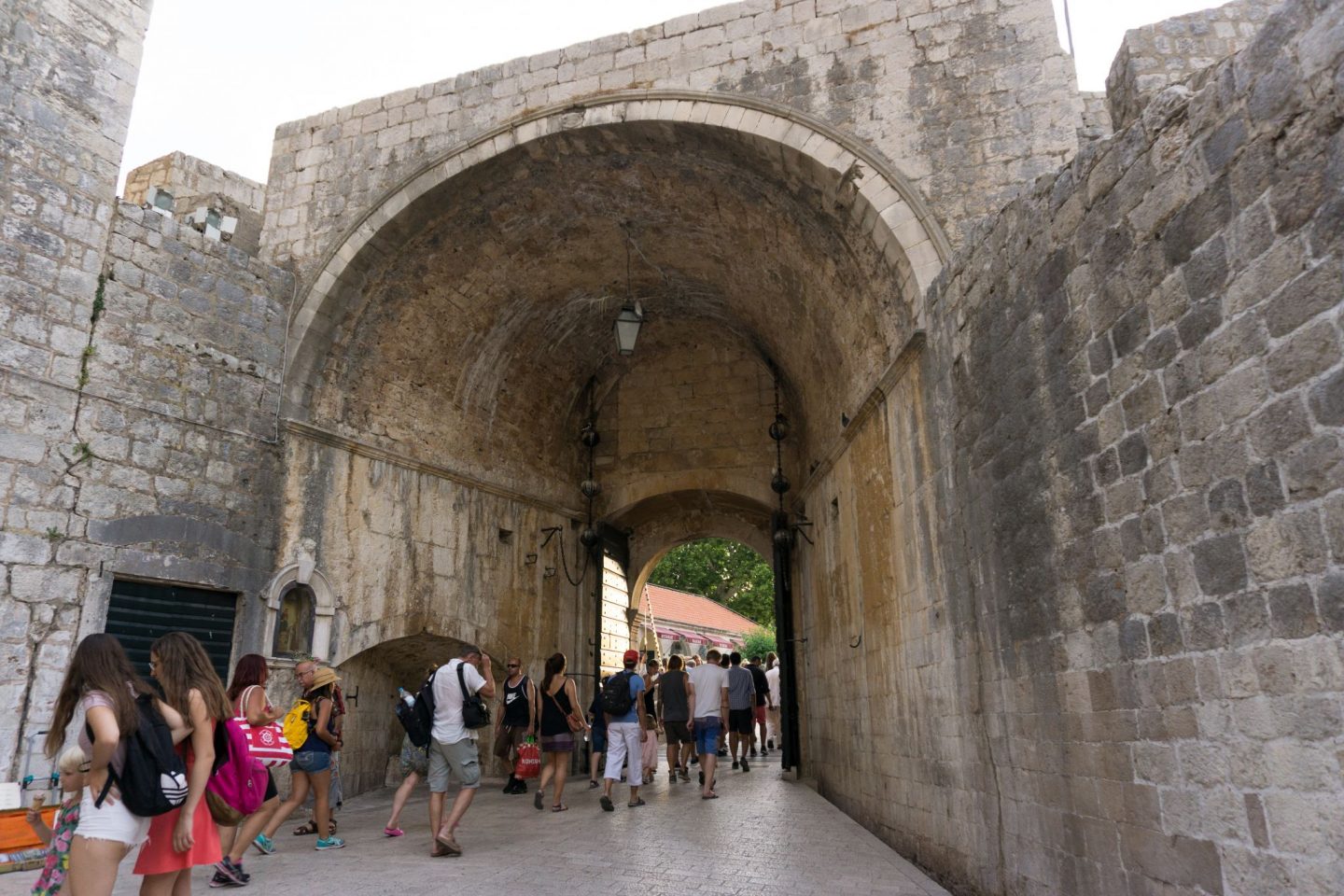 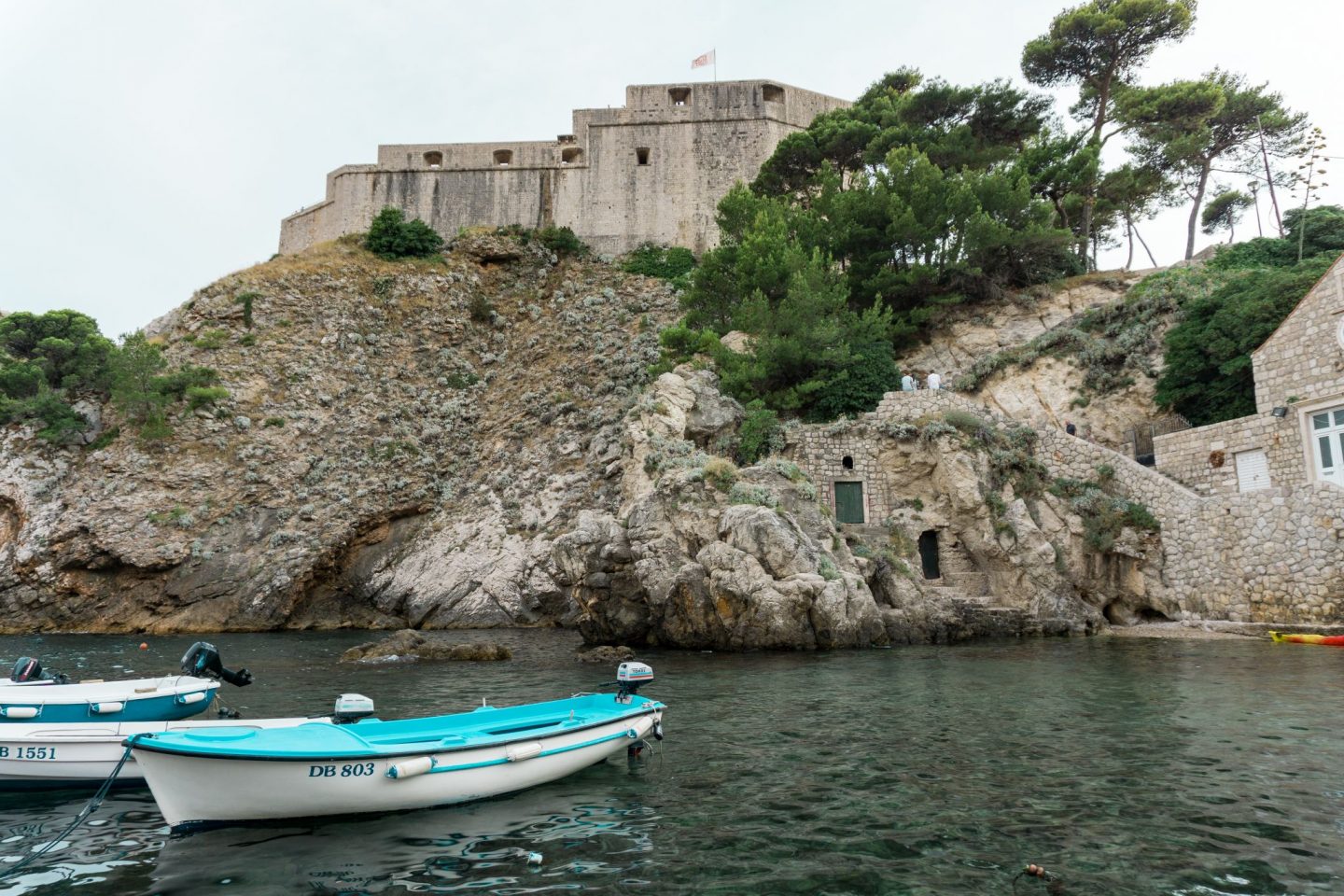 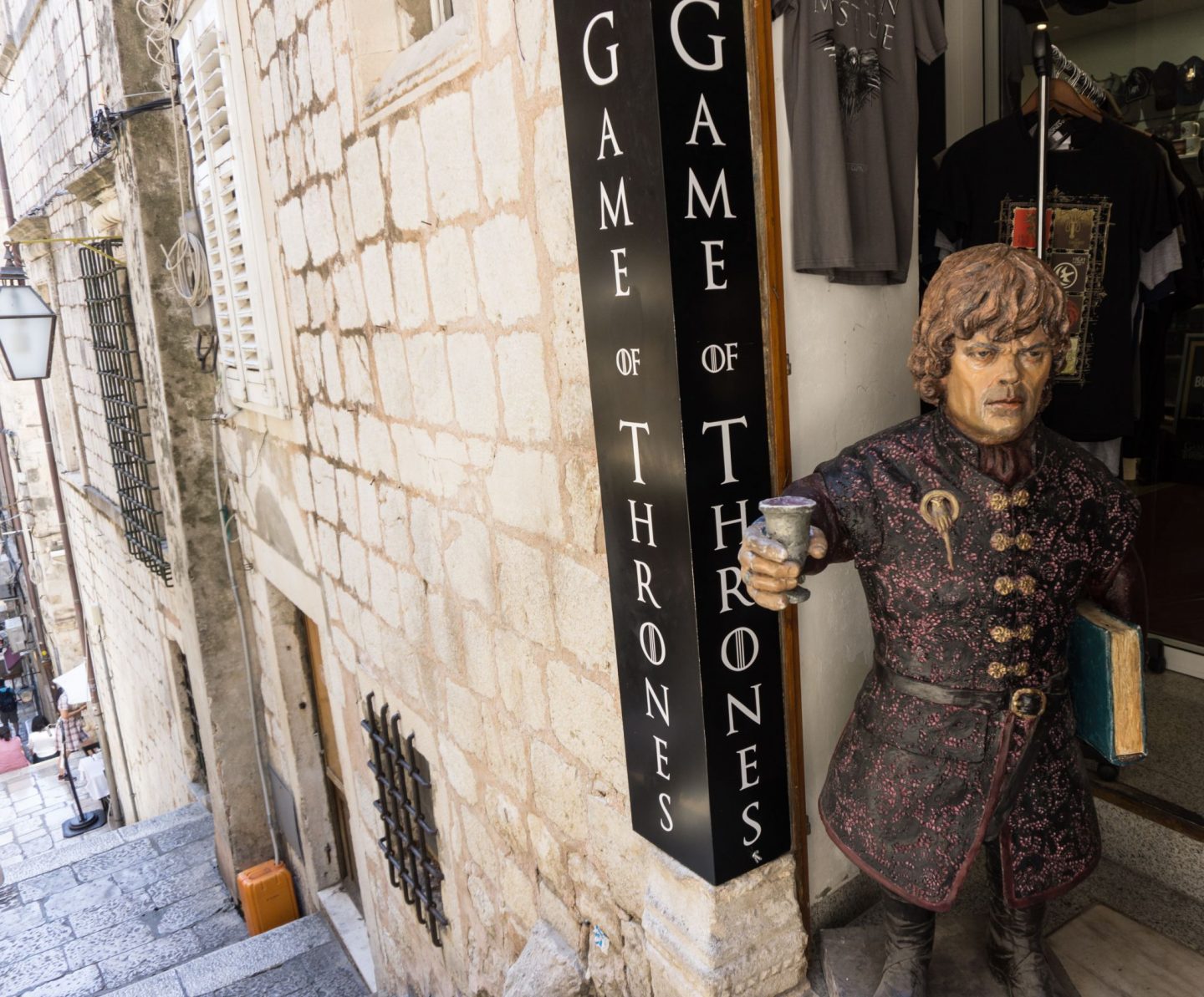 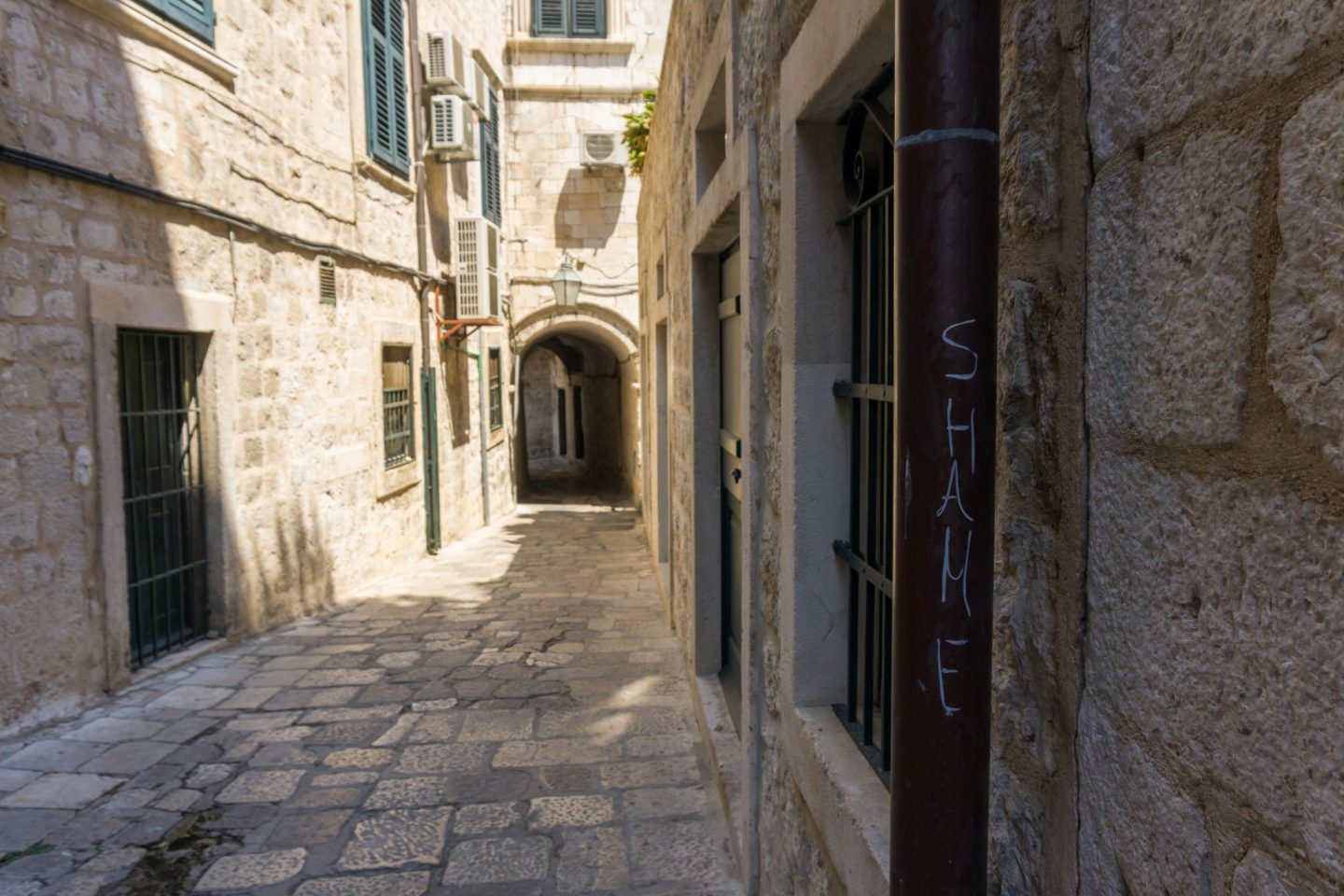 It’d be more than rude to visit Dubrovnik and miss out on the nearby Elafiti Islands. The day trip starts around 10.30am from the internal harbour and visits Koločep, Lopud and Šipan. It only cost around €33 and includes lunch (simple but delicious grilled fresh fish and salad, there was a chicken or veggie option too) and drinks. Kind of cheapy Croatian white wine that was sitting out in the sun for a bit, but whatever, leave your expectations on land. If you have a few days in Dubrovnik, it’s nice to get out of the old town for a few hours and escape the crowds. It did feel a bit like a mini cruise though, with everyone disembarking at the same time and heading to the same beaches and bars, but on a much smaller scale, so not at all an issue. Good value for money, I’d definitely recommend it. 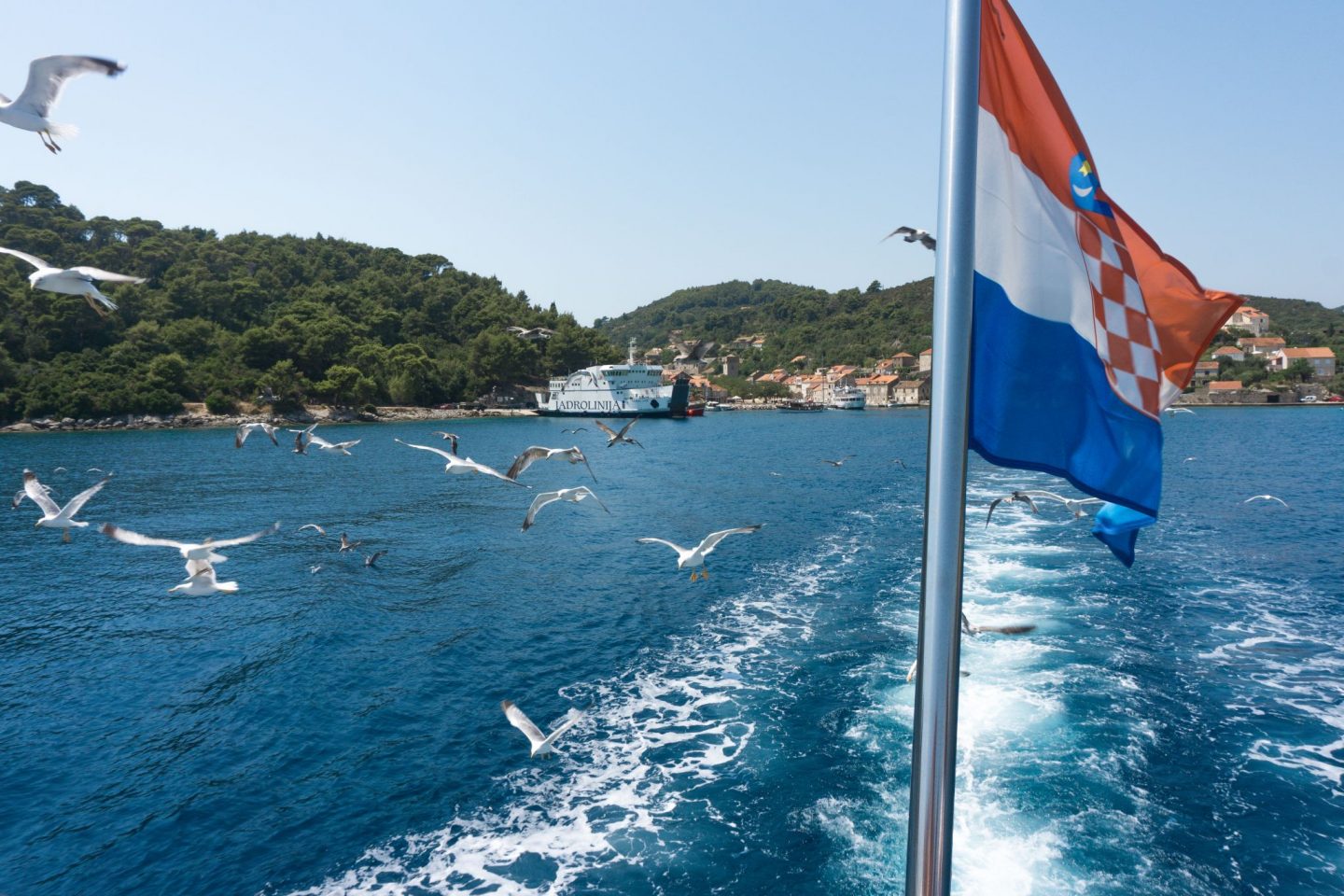 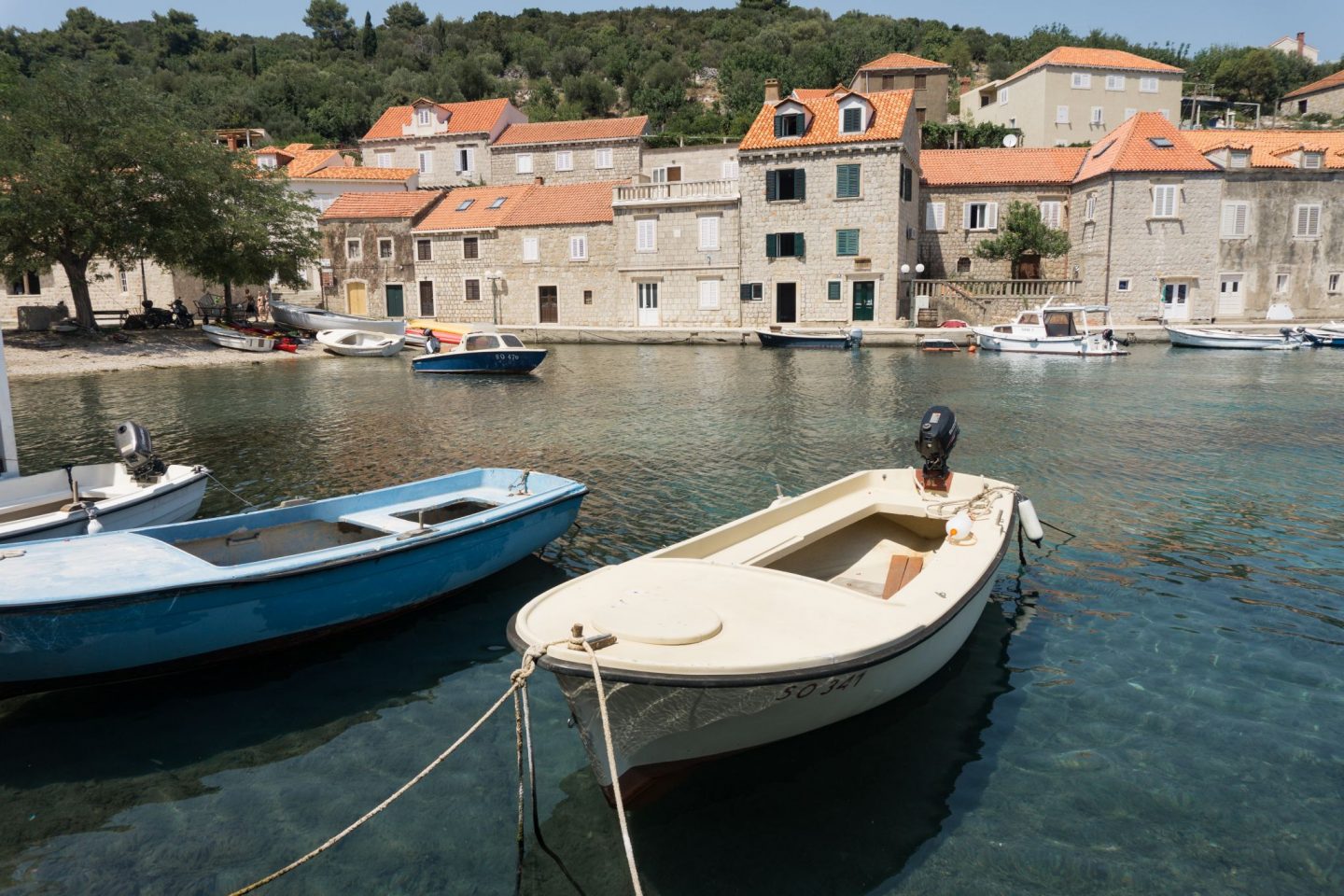 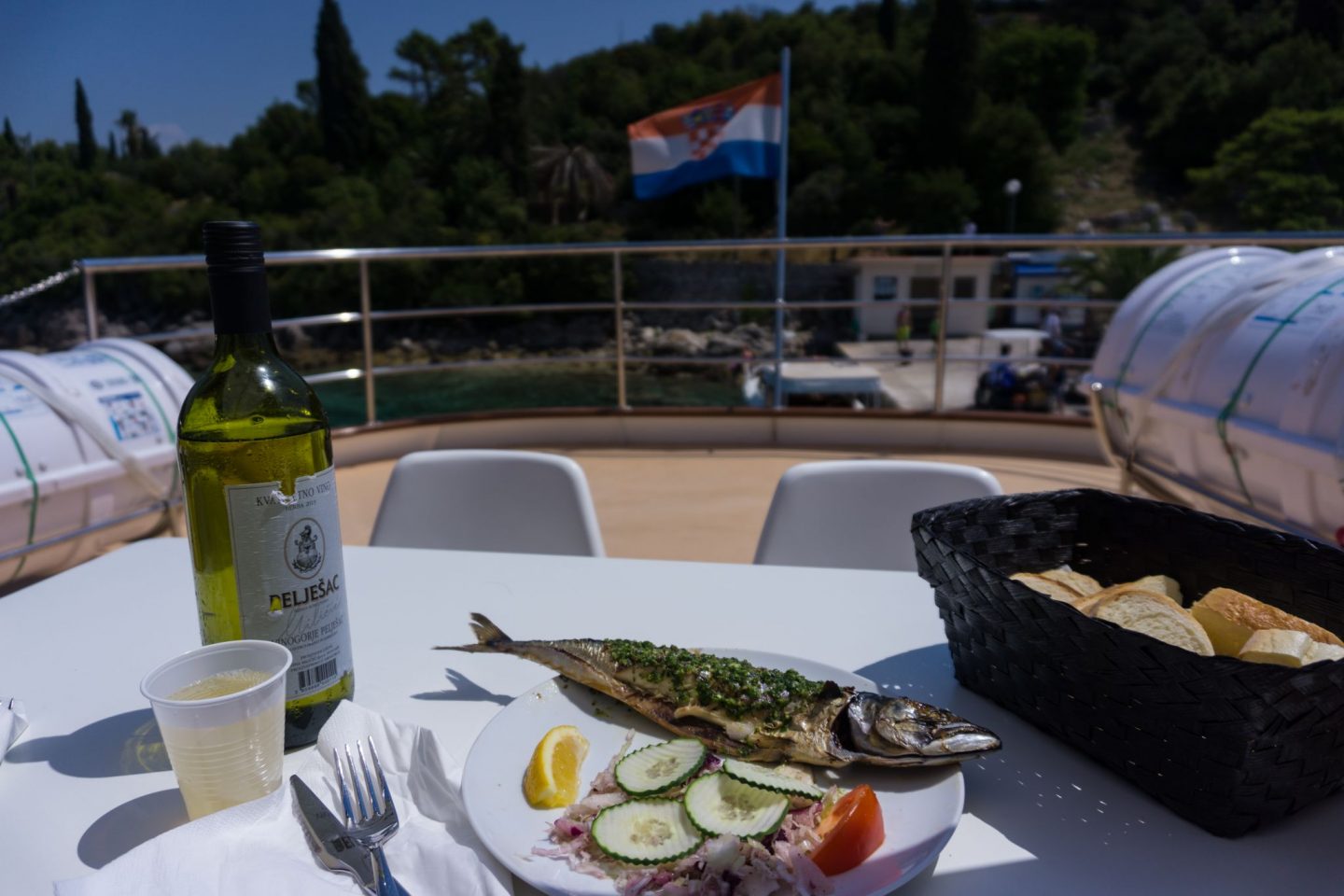 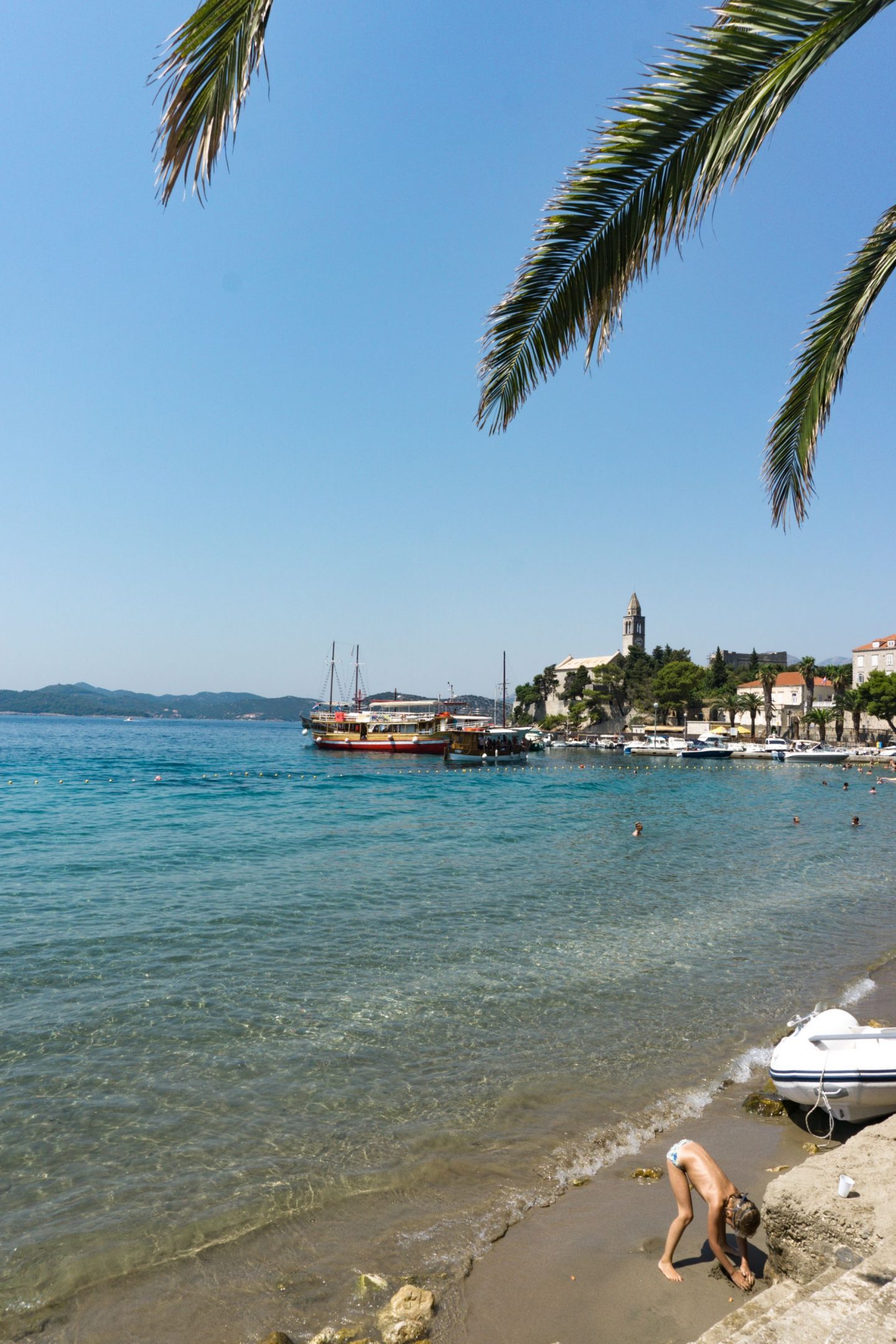 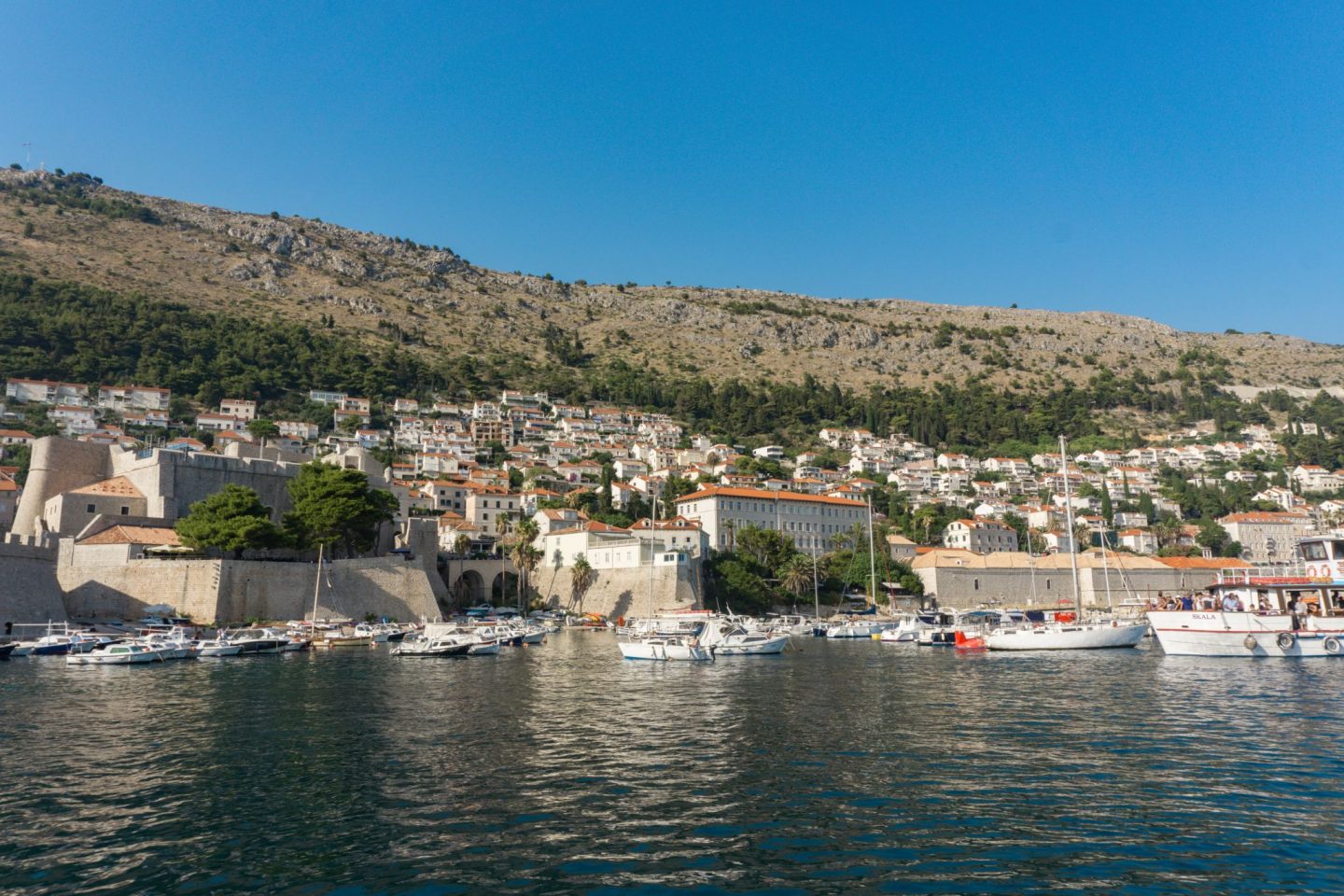 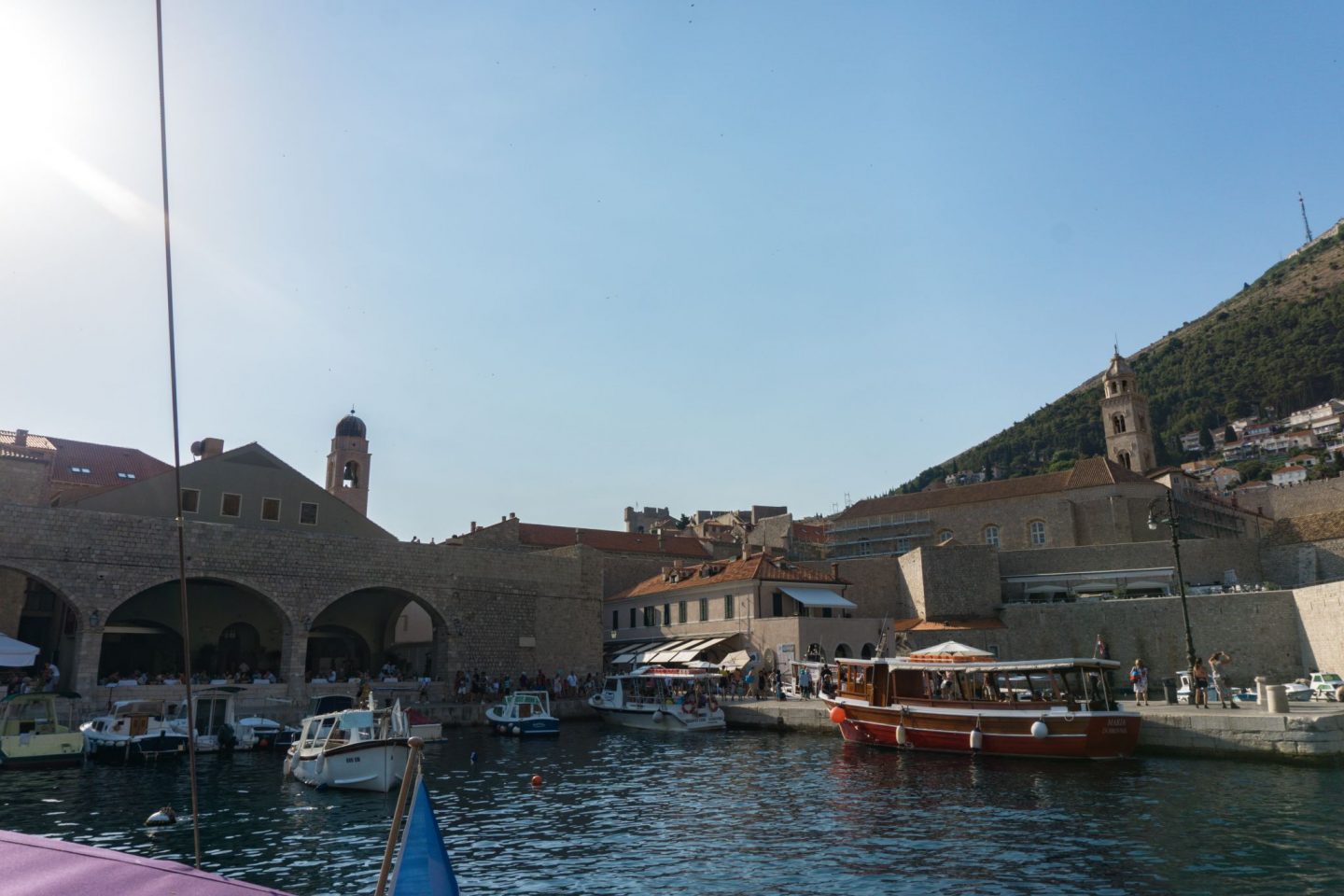 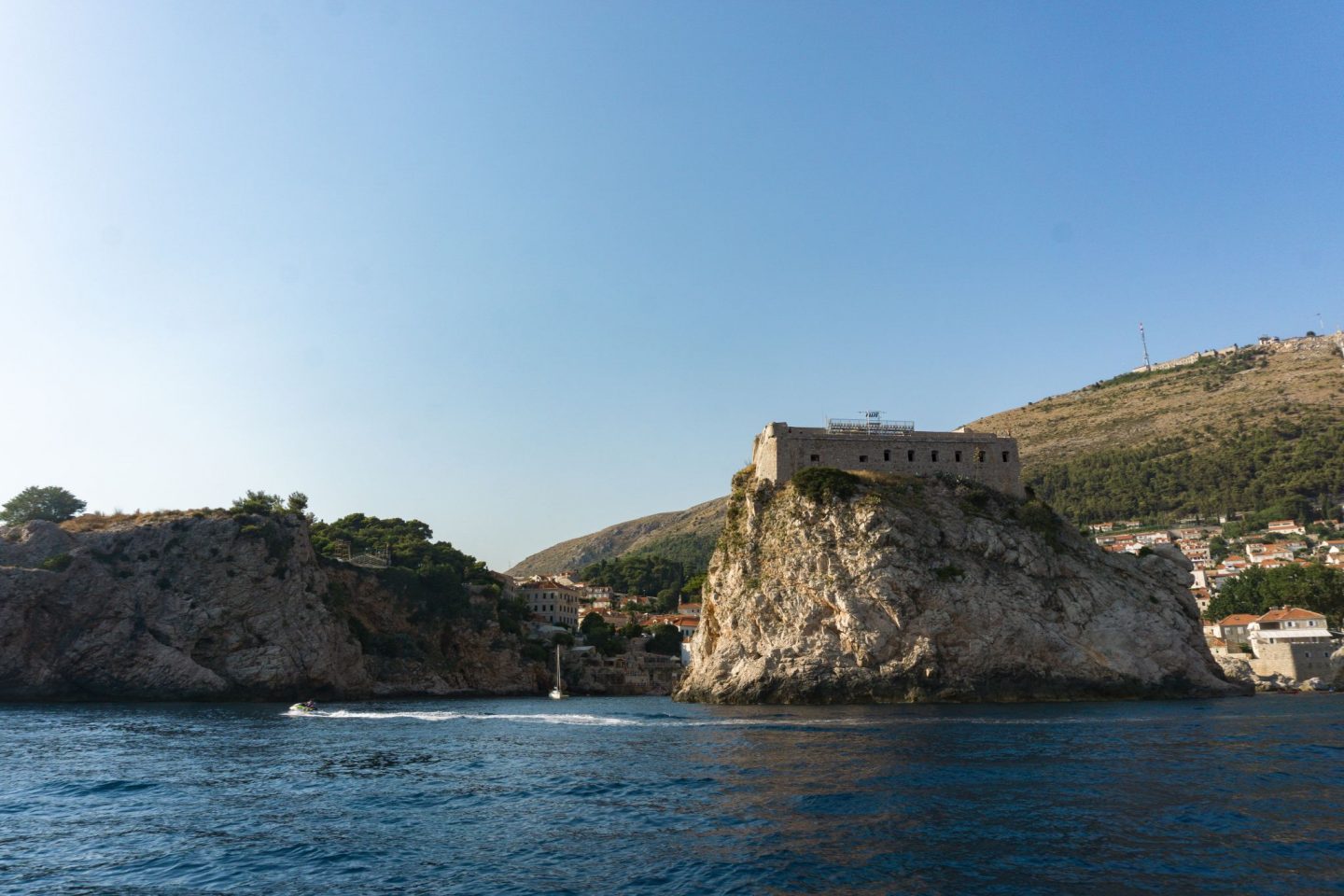 The locals recommend bringing your own drinks from the supermarket and sitting on the rocks rather than paying the inflated prices at the bar (Dubrovnik isn’t that cheap). So, that’s exactly what I did, along with a massive €3 slice of pizza. The steps down are slippy and uneven, so don’t even think about wearing heels. Obviously, I can’t recommend you jump, but if you do, chat to the locals first so you know where is safest. I think it’s much nicer as a spectator sport. 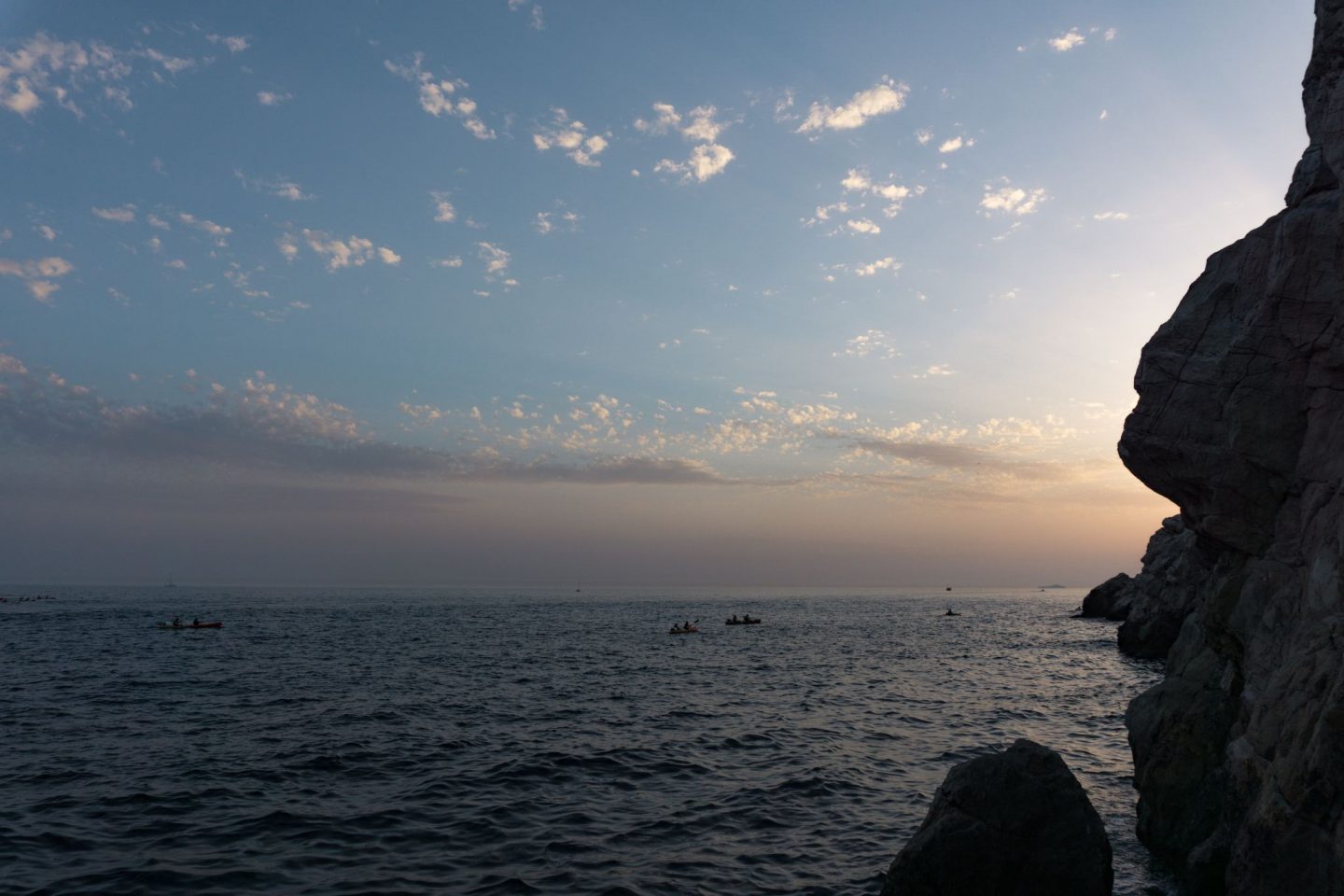 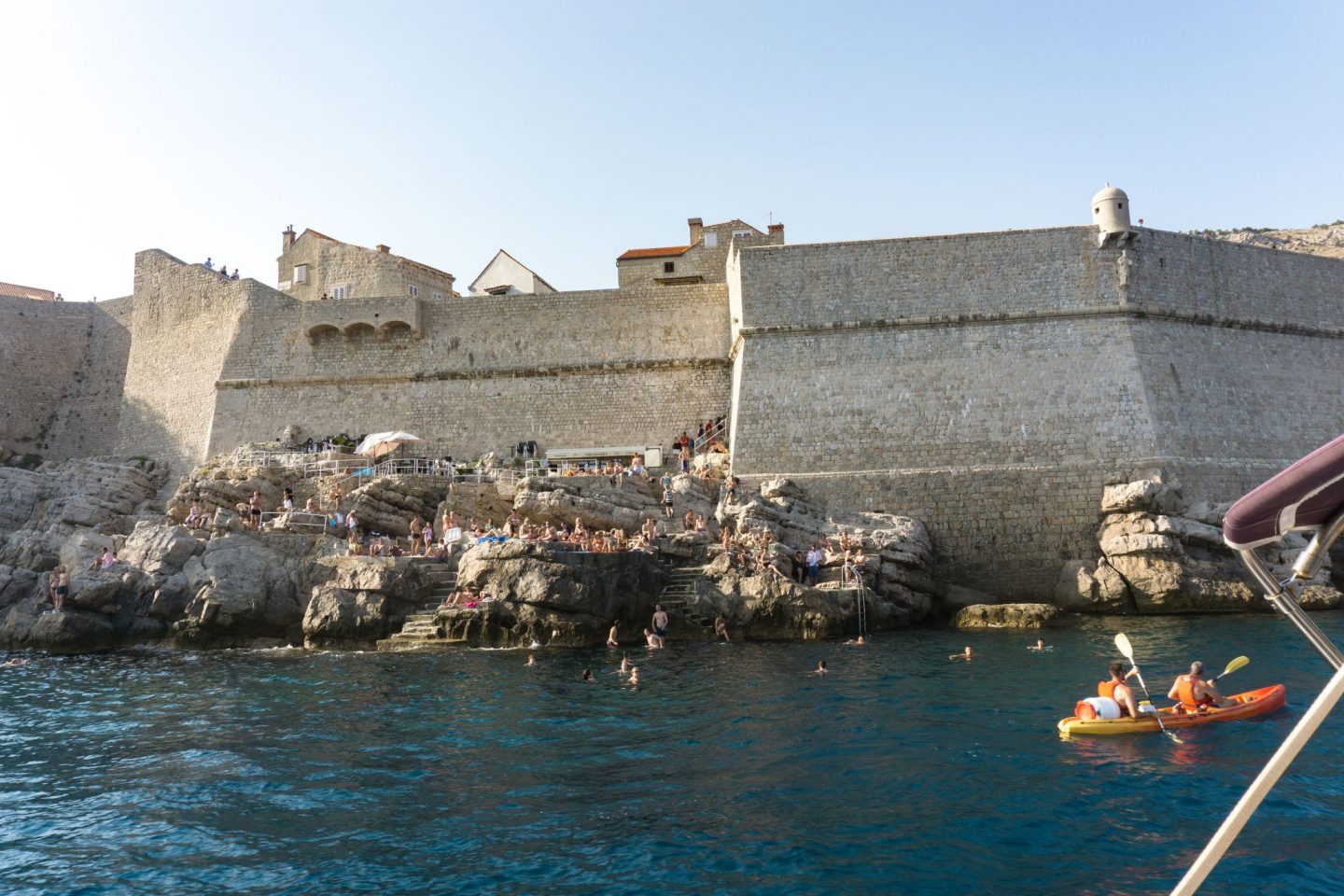 Other Dubrovnik points of interest

Speaking of  spectator sports, grab a seat and a local beer and head just outside the city walls. Here you can watch water polo teams from the Wild League battle it out in the sea. It’s a huge sport in Croatia! 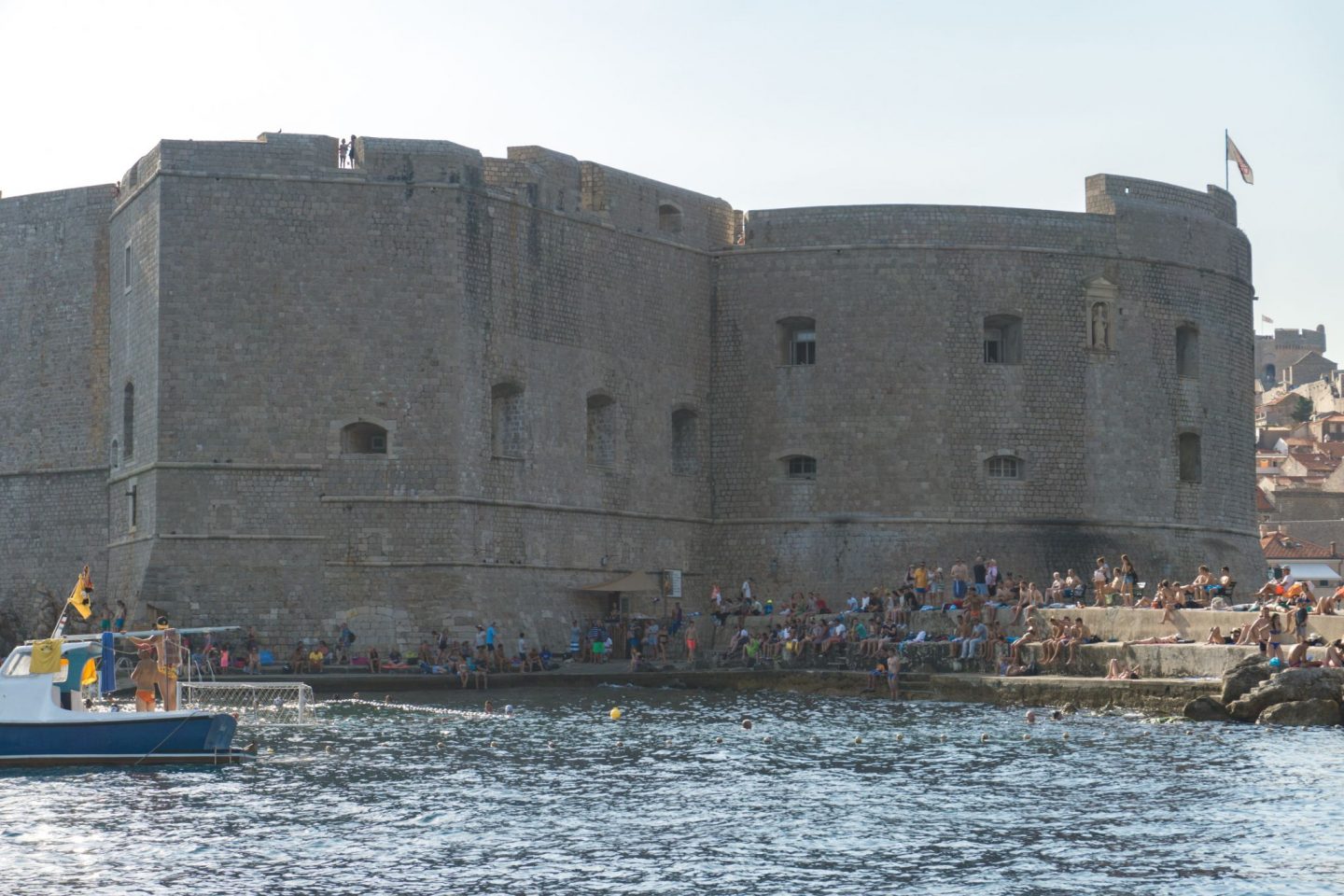 …or you could try sea kayaking. Rent your own or join a group depending on your confidence/fitness levels… 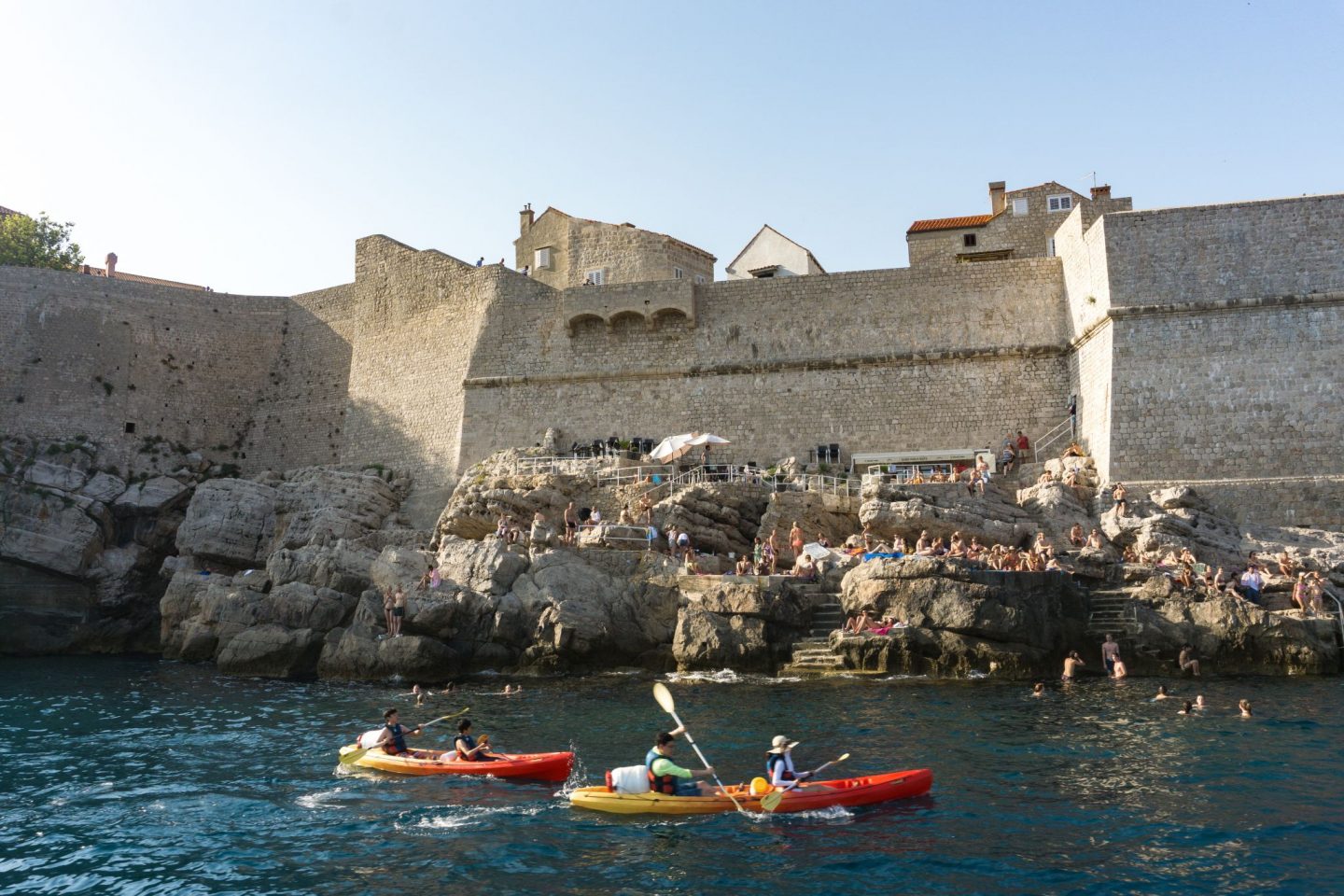 From the same internal harbour at the Old Town Port of Dubrovnik, you can take the ferry to Lokrum island, only 600 metres from Dubrovnik. Just rock up and buy tickets there with cash (about €5), they seem to leave every 30 minutes. I chose the Elafiti islands tour instead, but I hear it’s nice for a day trip.

Word on the street is bring your own food & drink to Lokrum, as the selection is limited on the island and can be quite expensive. Expect to see lots of rabbits and peacocks and head out early to pick a good spot on the beach or visit the monastery ruins or botanical gardens.

The other two major attractions are the Dubrovnik City Walls Walk (there’s an entrance fee, which I can’t fathom – and it’s €20!) and the Dubrovnik CableCar (€11.50 one way €19 return). The journey is only a few minutes long, so again, it’s quite expensive.

Tip from the locals: take the cable car up (just before sunset is a nice time) and walk back down before it’s dark for beautiful views of the old town twinkling.

Get lost in the old town walking through the small lanes and alleys, people watching and spotting film locations. See the city change from morning to night as cruise passengers arrive and leave, food and drinks deliveries come and go and the temperature rises and falls. During the day there’s an open air market in Gundulić square where you can buy fresh fruit, grappa and other local homemade treats. 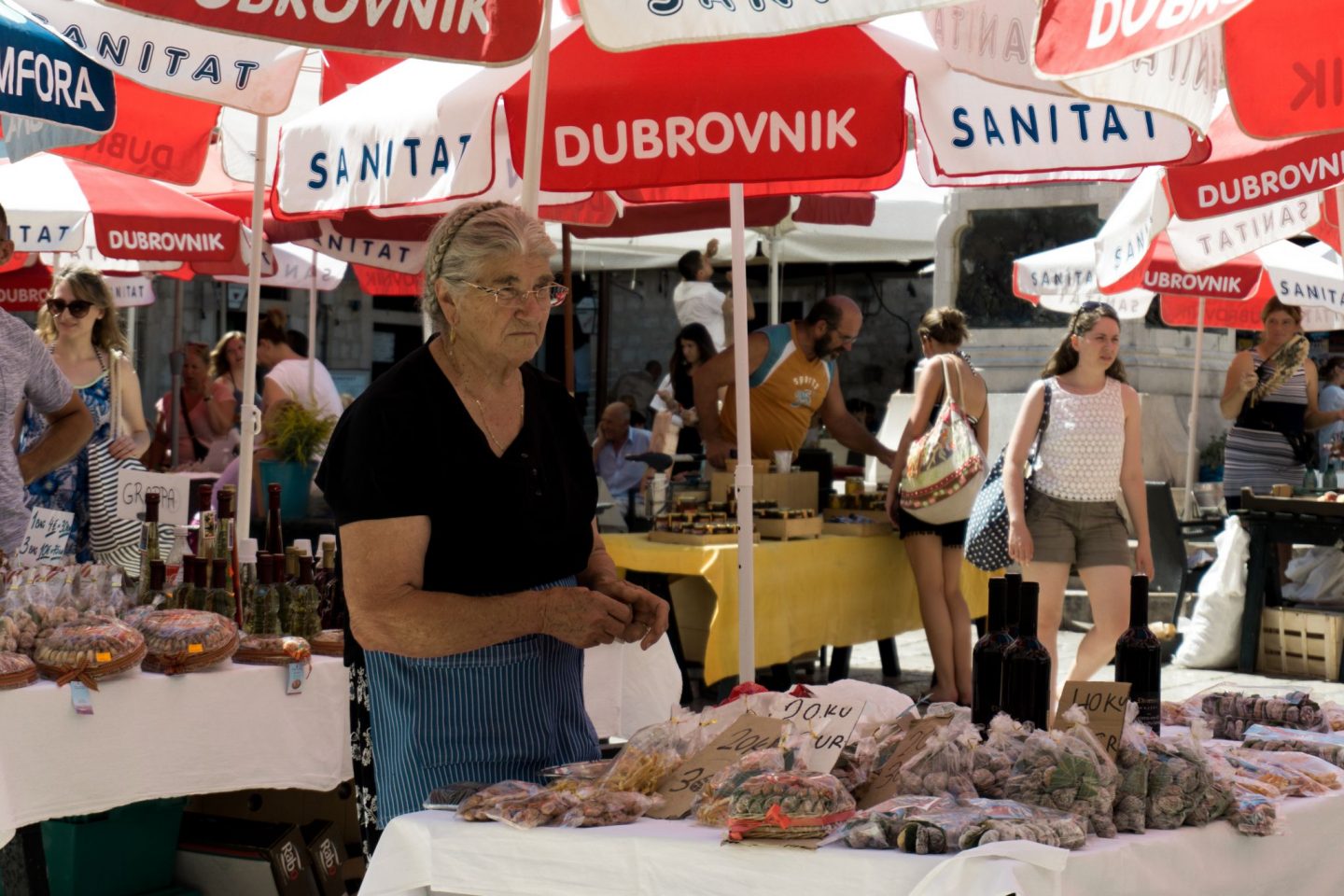 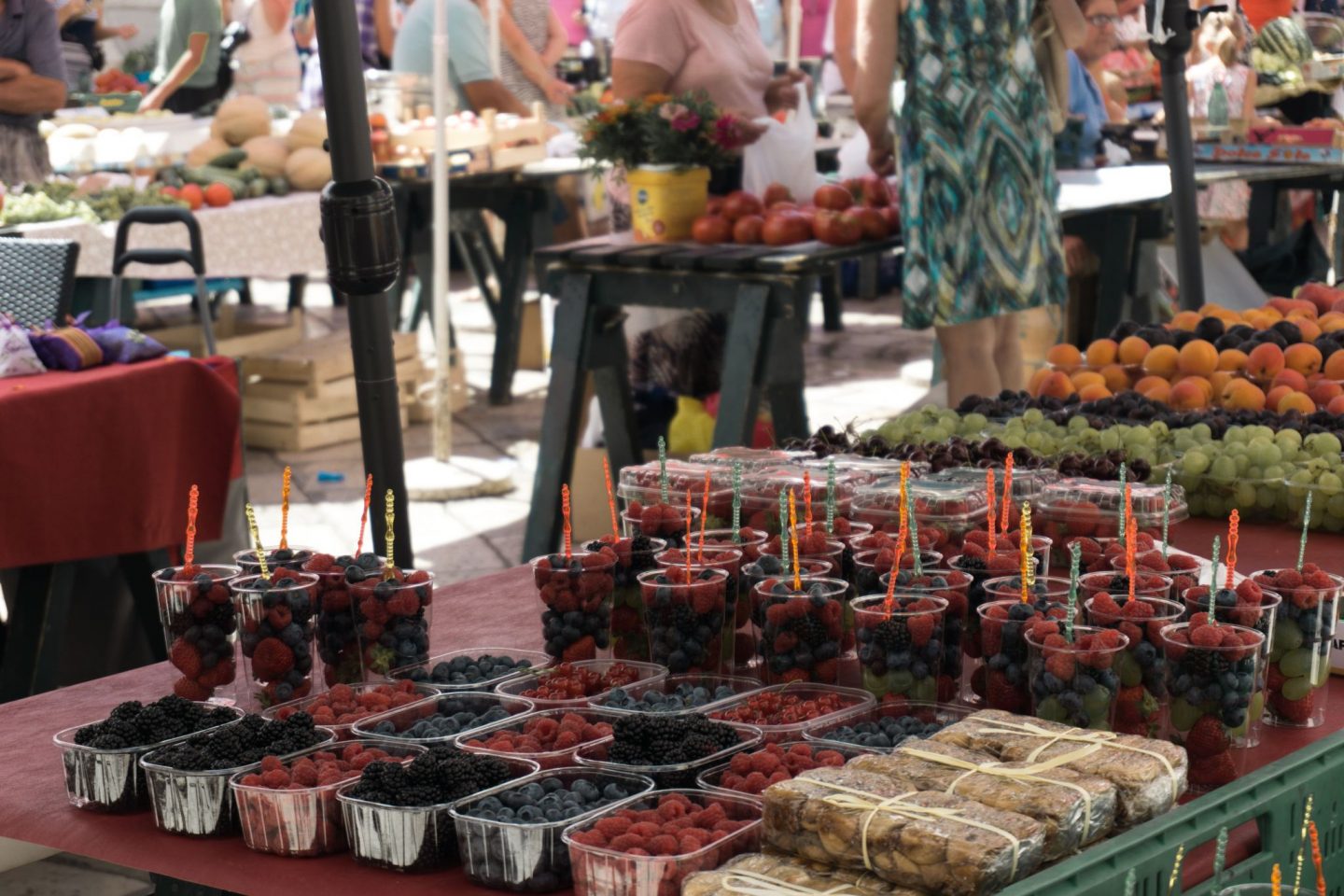 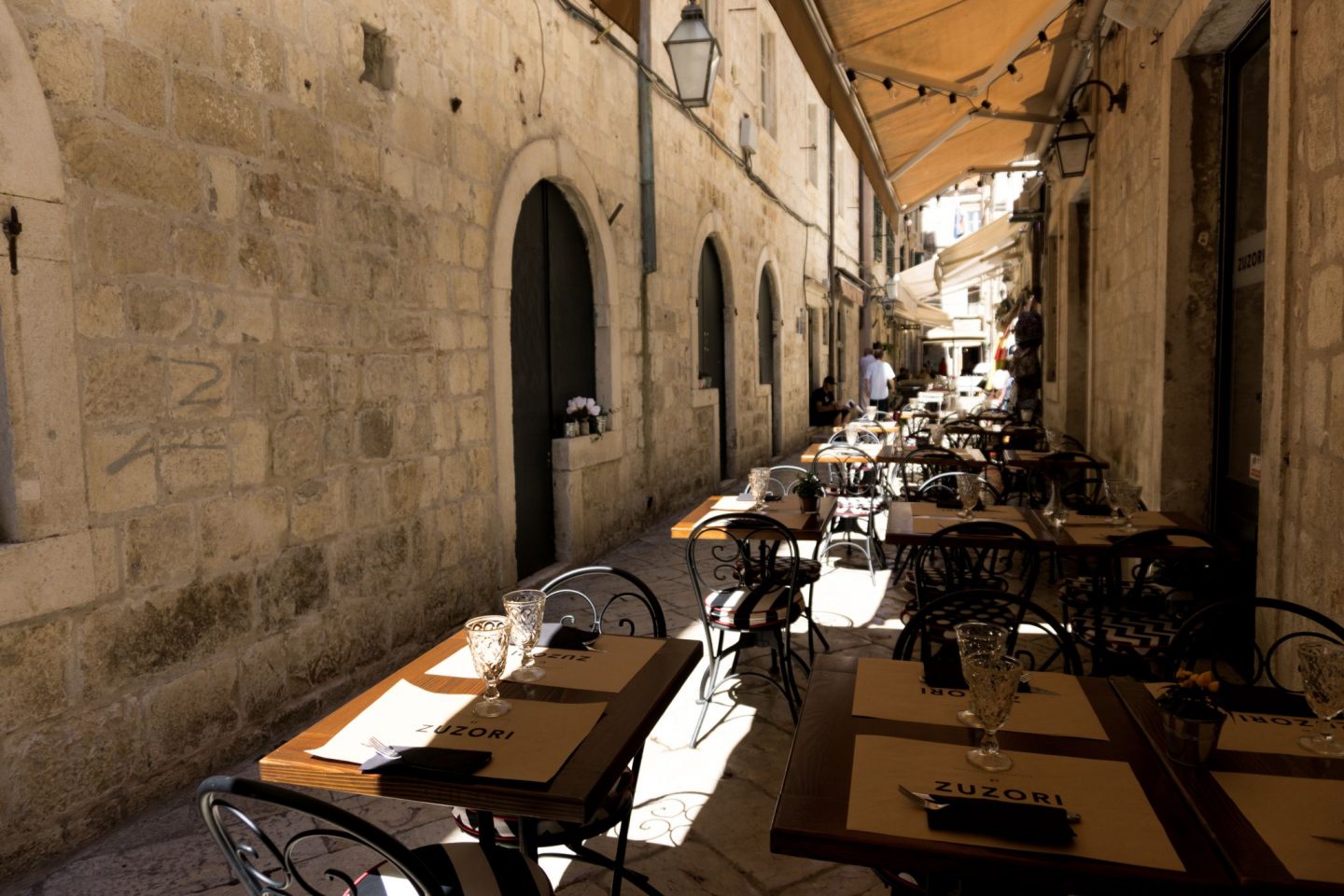 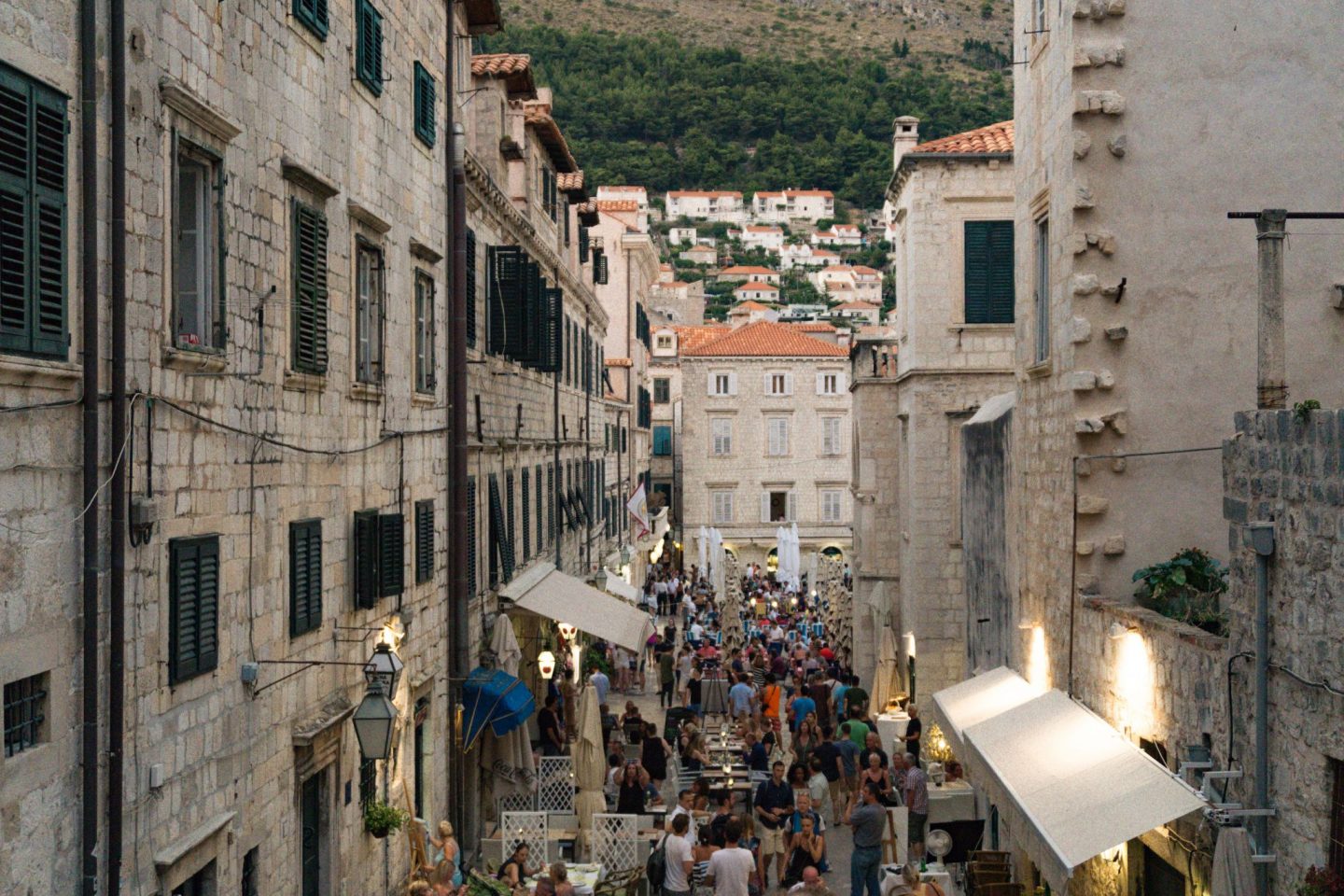 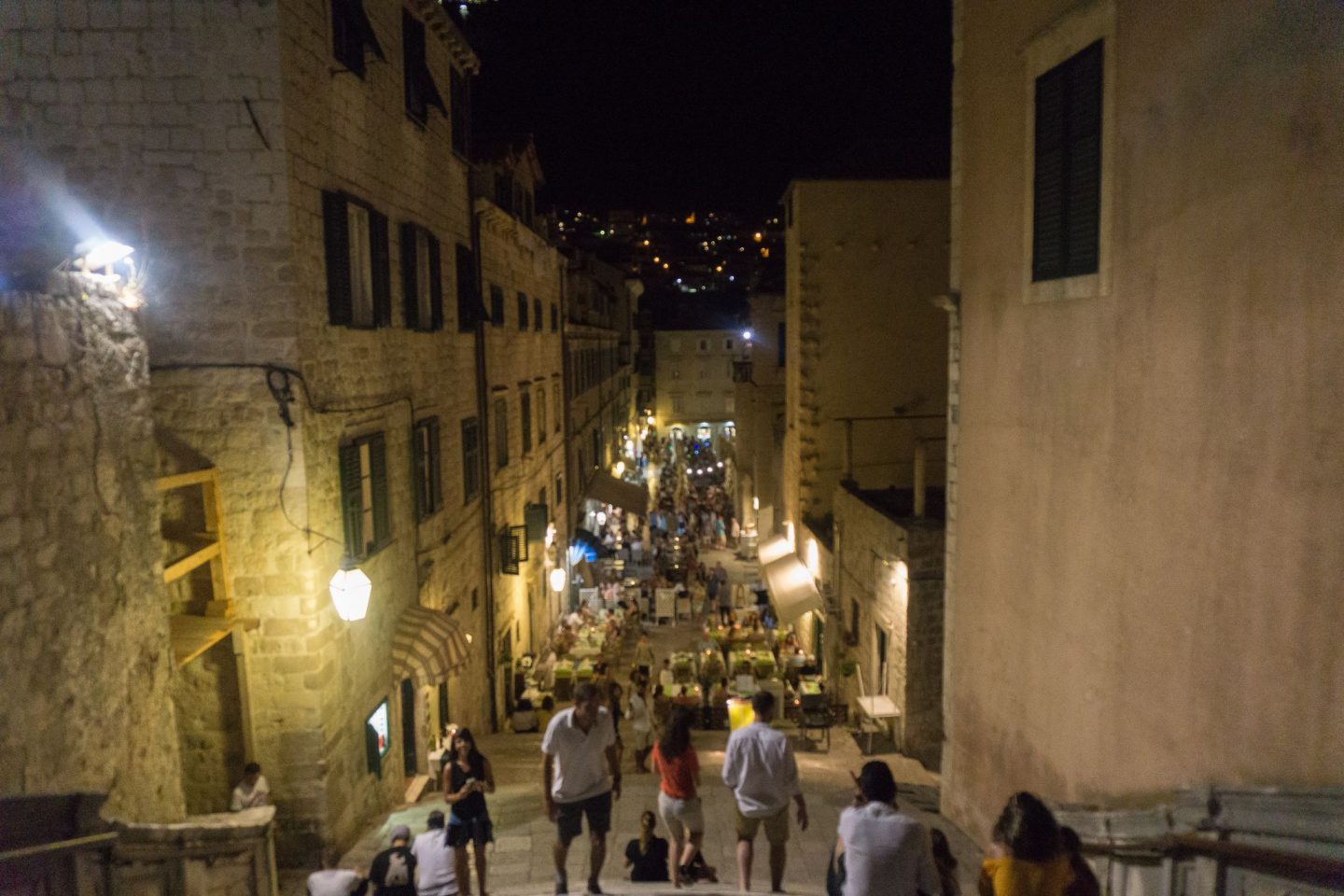 Dubrovnik city guide: Getting there

From Dublin, Dubrovnik Airport (DBV) is about a three hour direct flight with Aer Lingus.

You can take the Atlas Croatia shuttle (40 Kuna one way, 70 return) or use Uber for airport transfers. Remember cars aren’t allowed inside the old town walls, so make sure you know where your accommodation is and have data roaming turned on (free in the EU now) to access Google maps.

Dubrovnik city guide: Where to stay

If you’re too early to check in, you may have to store your bags at the luggage store outside the Pile Gate. Lots of hotels don’t have reception areas since they’re so small.

For a budget option, try Ana Hostel & Rooms. Very friendly family run place, nice to socialise with the other guests and owners. Clean and cheap!

Slightly pricier inside the walls, Art Home Arthur is a bit boutiquey with an excellent location. Note the street name, as it isn’t very well sign posted.

If you’re looking for an Airbnb and you’re a new user, you can sign up with this link for €35 off your first booking.

Any tips on the next place to visit in Croatia?