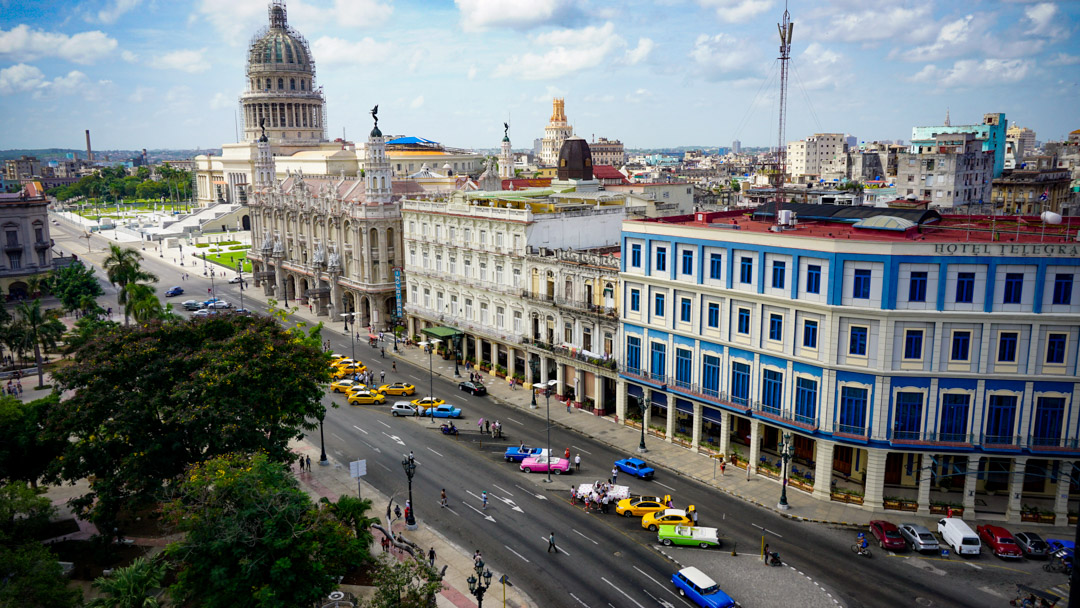 So you’ve read my know-before-you-go guide to Cuba, and now you’re eager to learn more. In this post I’ll delve deeper into where to eat, sleep and drink in Havana. What to see and what not to waste your time on. Since the majority of people who visit Cuba will spend some time in the capital, I’ll dedicate this blog to the big city. I’ve marked everything mentioned in this guide on a Google map at the end of this post. Next up will be other cities and towns on the island, where to go and how to get there. For now, enjoy my essential guide to Havana, Cuba!

I’ve covered airport transfers and currency in this post, have a quick scan before you continue reading this Havana guide, as it should answer a lot of questions. The airport has lots of shops, somewhere to exchange money and ATMs, but WiFi isn’t that straight forward. You’ll be eager to hit the city and take in the sights, sounds and smells of Havana. So, unless you’re on an extremely tight budget, take my advice and organise a private transfer in advance. There are alternatives such as public buses, but in my opinion the time and effort simply isn’t worth it in this case. 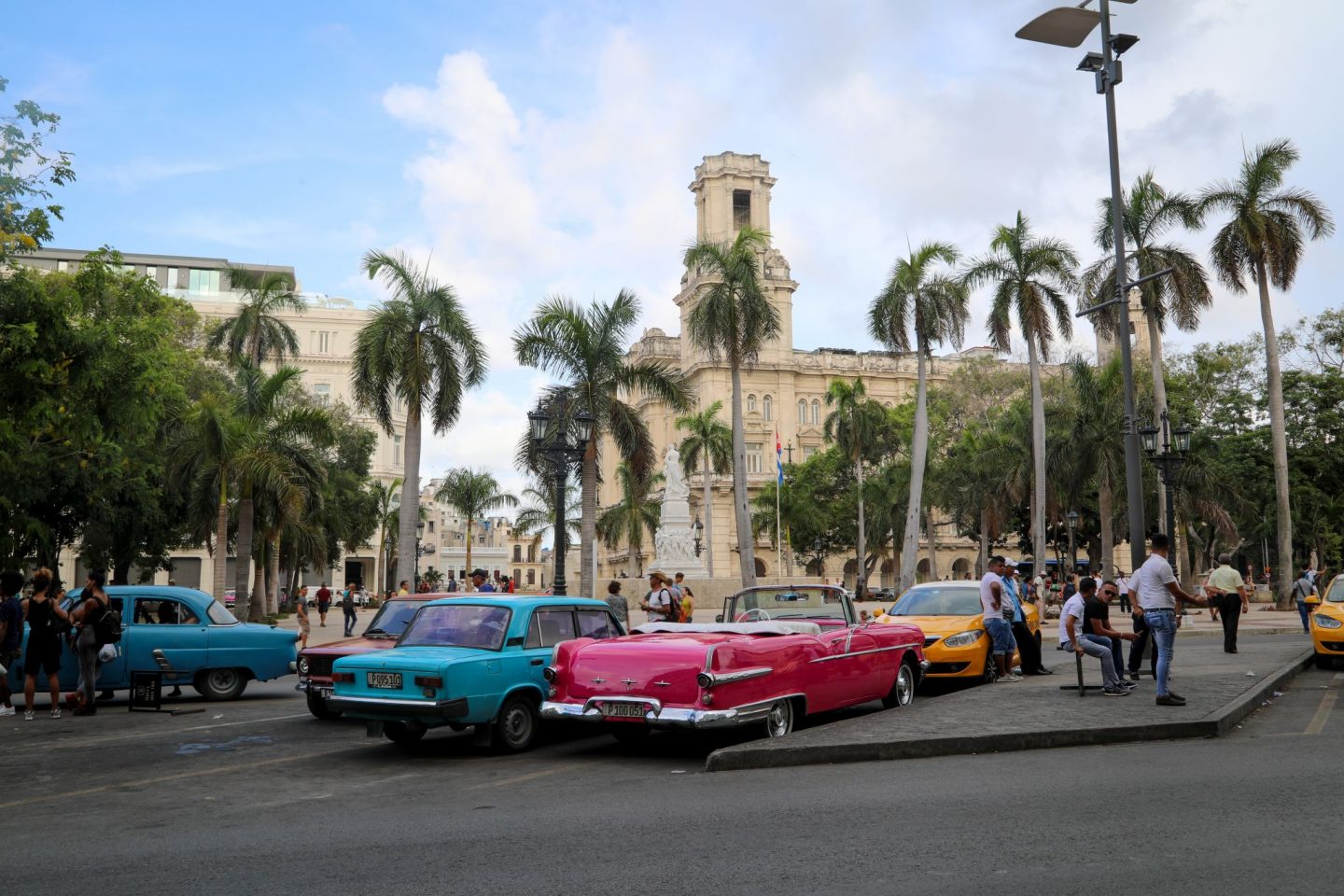 Havana is split into lots of different neighbourhoods. The main ones you’ll stay in or visit are Old Havana (La Habana Vieja), Central Havana (Centro Habana) and Vedado. You’ll notice major price differences in each area for lodging, food and drink etc. Old Havana is the most touristy, so expect amped up pricing and a drastically different looking city to just a couple of streets away. This is where you’ll find Parque Central (the central park), most of the major hotels (Iberostar Parque Central, Hotel Inglaterra, Gran Hotel Manzana Kempinski La Habana, Hotel Florida) and most of the major tourist streets including Calle Obispo and Paseo del Prado. 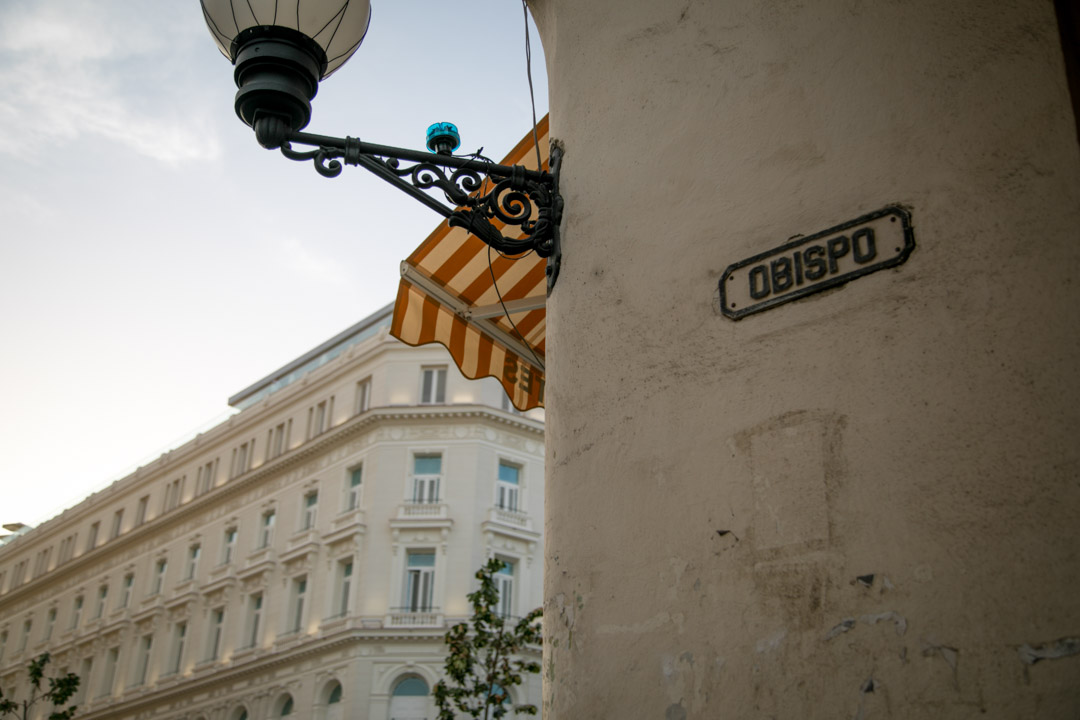 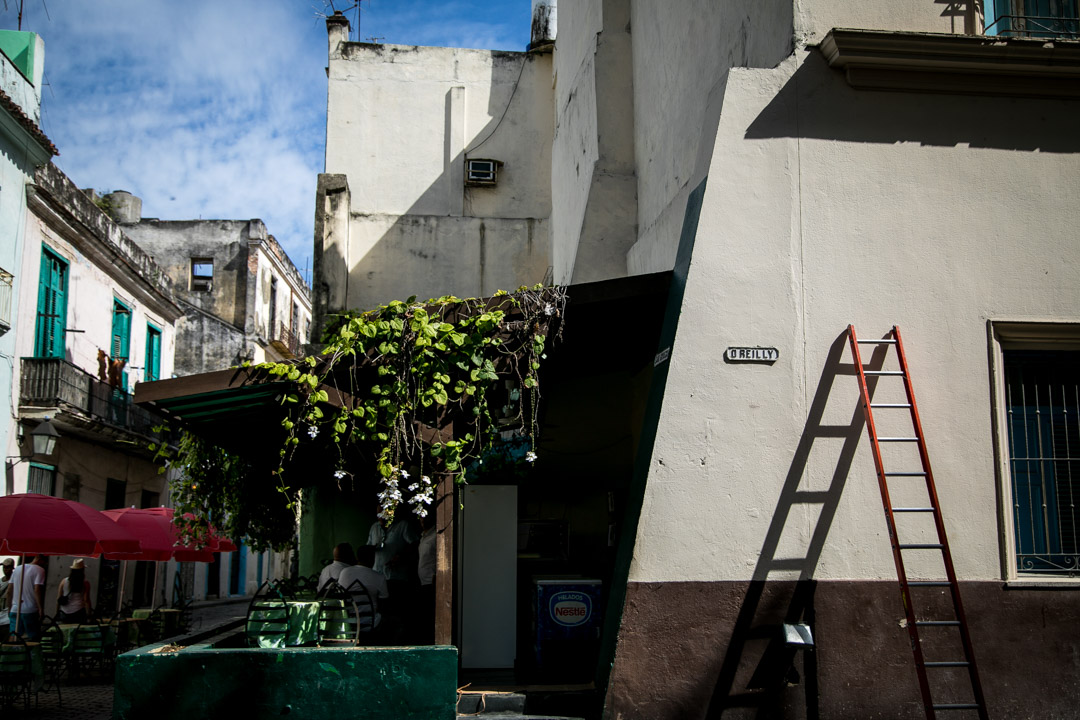 Download the app MAPS.ME app to have offline maps with turn by turn navigation in case you get lost, or just ask a local!

Where to stay in Havana

Book your first couple of nights in advance, but after that, you can go with the flow. Havana can be a bit of a culture shock and when you’ve had a long journey to get there it’s good to have somewhere to lay your head and dump your bags before heading out to explore. It absolutely isn’t necessary, you’ll easily find accommodation, but save that adventure for later on when you have your bearings. Of course, some people like to have everything planned and paid for in advance and that’s cool too, but I hate the feeling of being restricted and enjoy the freedom of being able to move around. Either way, Airbnb is your best bet. If you’ve never booked through the site, you can get €35 off your first stay by following this link. I think it’s probably safe to say that ‘Casa Particulares’ in Cuba were the original Airbnb. Basically, you rent a room is someone’s private home. Now, before I went I was imagining this awkward situation whereby I’d have to attempt to communicate with the family, socialise and eat with them. If that’s what you want, great, but you’re under no pressure or obligation to spend any time with the owners at all. In fact, they’re usually going about their day to day lives, running a business or going to work and often have hired help to cook meals and clean.

Quite similar to a B&B, these casas sometimes provide breakfast included in the price (but not always) and can cater for other meals too. More benefits of staying in a casa are the links to other locals, like taxi drivers or tour guides. These will inevitably be cheaper than booking through a hotel or tourist office. Rooms usually have a double bed and a single, an en suite bathroom and air conditioning or a fan and cost around 25CUC. Casa owners are extremely house proud and keep their accommodations spotless. More about the food in the next section. 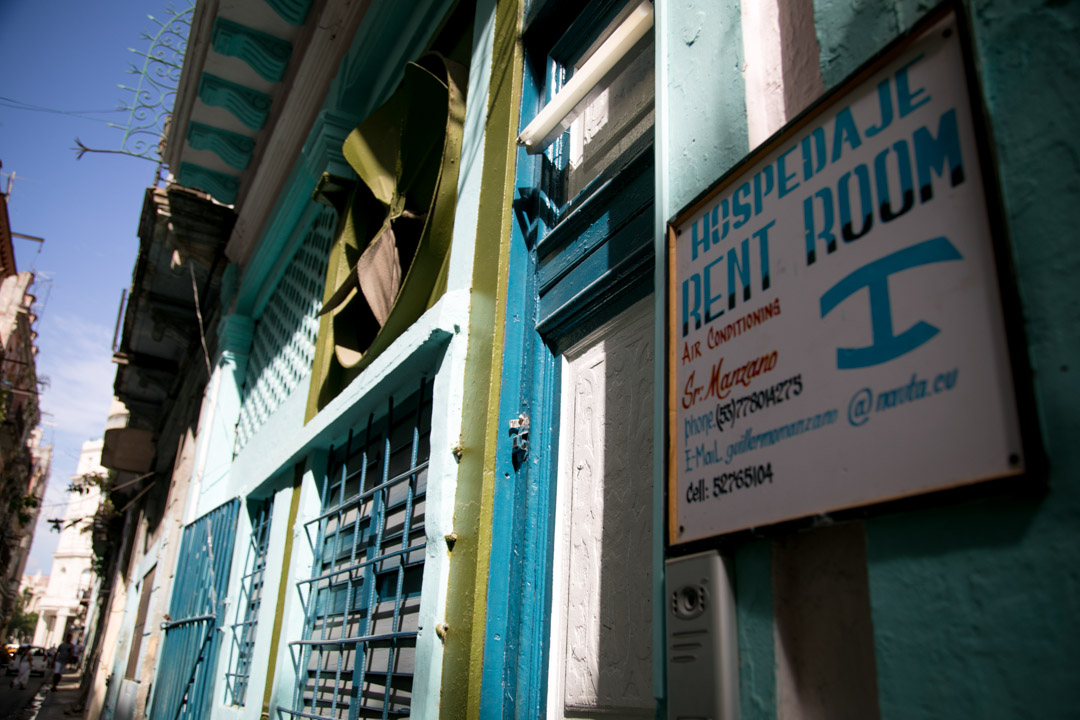 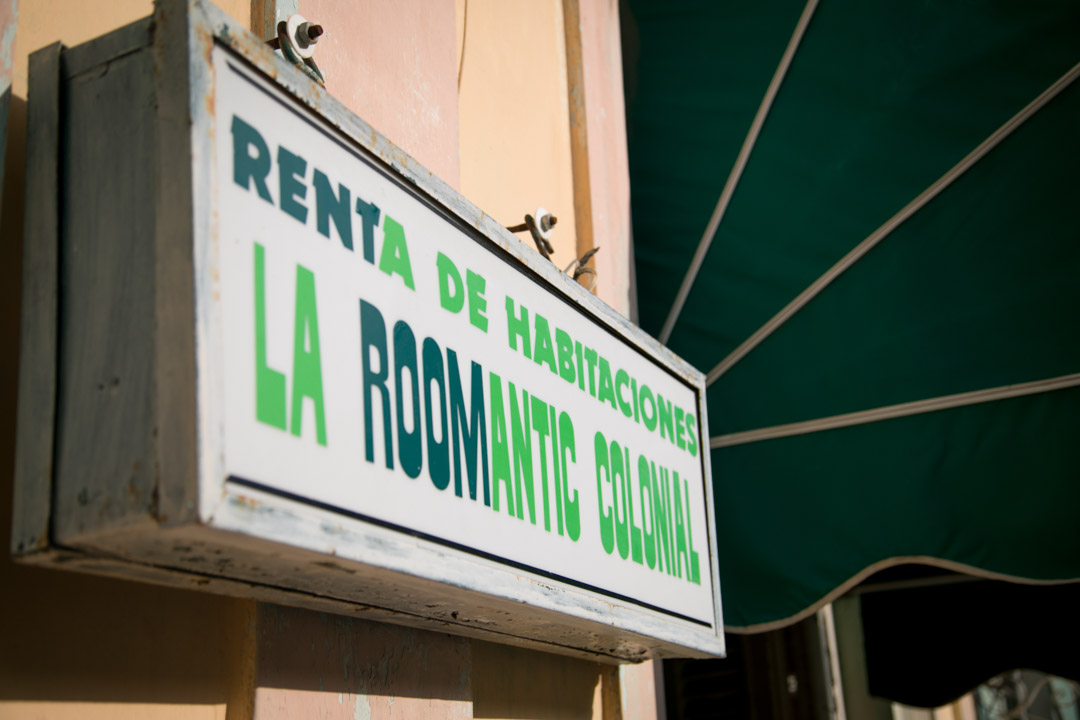 You can spot an official Casa Particular by the blue symbol above or near the front door, and their owners will usually have some presence at taxi and bus stations when there are rooms available, which is your chance to haggle. Maybe ask for a discount or a free brekkie! If you want to book in advance, some of the more modern ones are available via Airbnb. In fact I found this well located casa, just a few blocks from Parque Central (but in central Havana, so a bit cheaper) that had free wifi for two hours every morning (almost unheard of) with breakfast included and they arranged my airport transfer AND changed my euro into CUC when I arrived. Highly recommend ‘La Roomantic Colonial 2’, if you’ve never booked with Airbnb before or are starting a new account, you can actually get your first night completely free here. Here’s a photo of breakfast, the beautiful dining room with morning light and street view from the balcony… 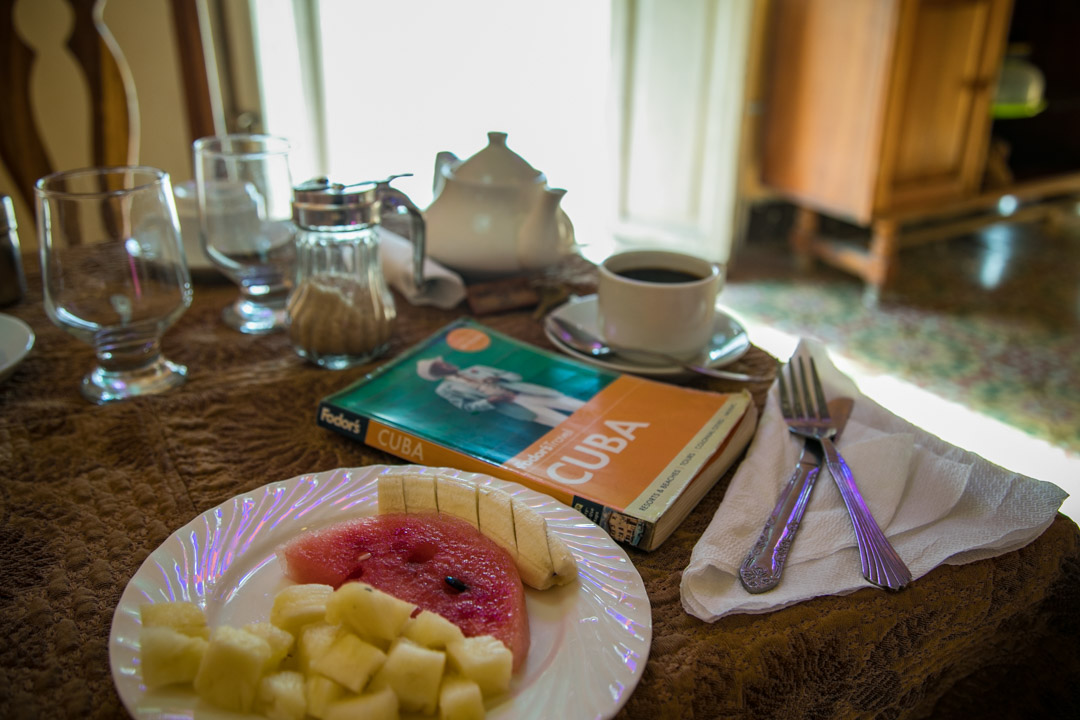 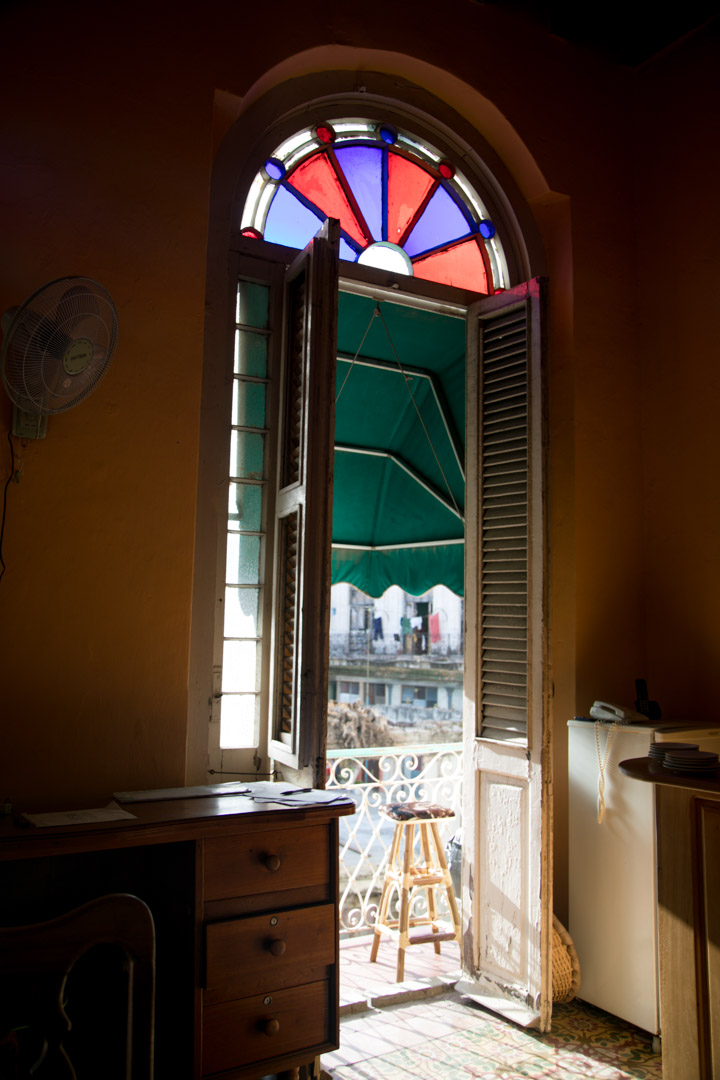 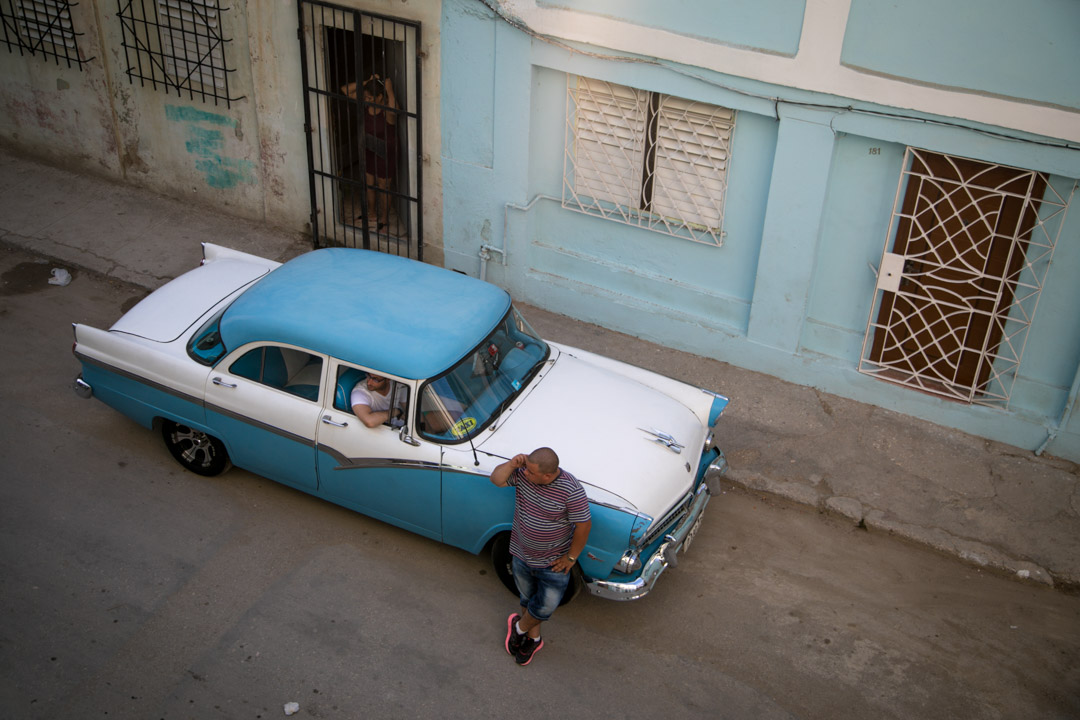 Havana is the only place in Cuba with hostels, so if you want to keep within a tight budget with shared accommodation, this is your time to do it. Hostel Casa Caribe has one dorm (sleeps 10) in a family home with beds at around 12CUC a night. There’s free drinking water for guests here (rare!), it’s right next to a public park with a WiFi zone and a short walk to the Malecón. Breakfast is included, eggs are 2CUC extra. Paradise Hostel Backpacker is a bigger operation with a few rooms and a roof bar (I think you can bring your own drinks too). Situated in a beautiful colonial building, also in Centro Habana, the hosts are extremely helpful and they also serve cheap, hearty Cuban meals. Breakfast is 3CUC extra. Both places are clean, safe and the perfect place to meet other travellers, especially if you’re solo! Brekkie at Casa Caribe.. 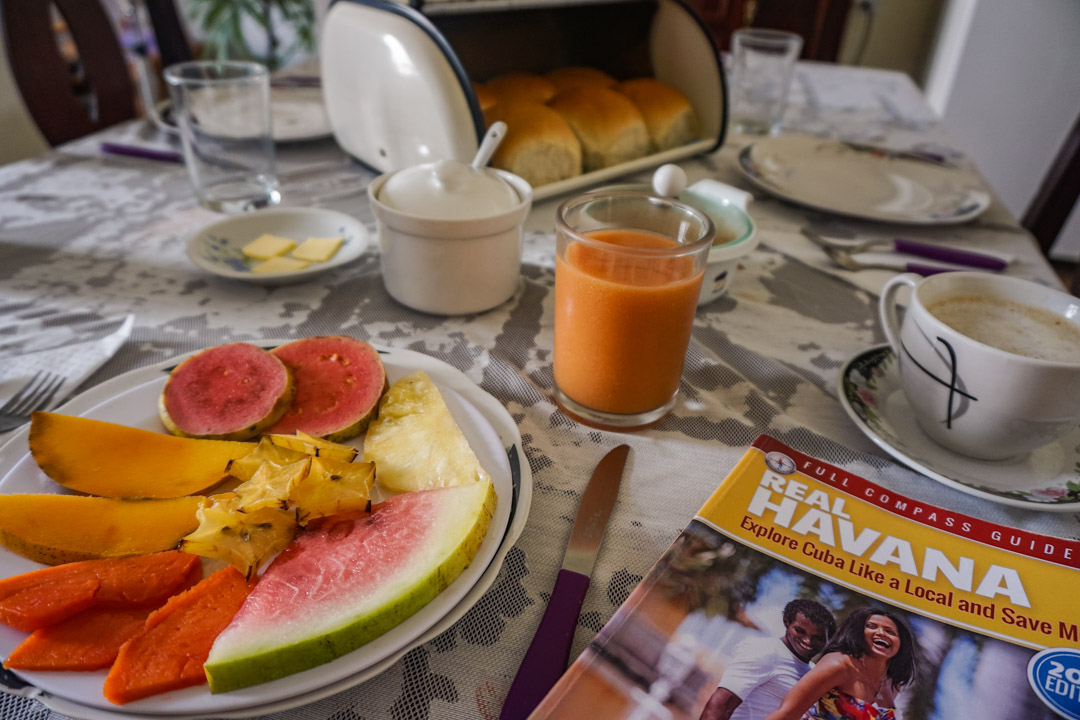 If you want to splash the cash and stay in a snazzy hotel, check out the ones listed above in Old Havana via Booking.com.

Where to eat and drink in Havana

I’ve written a full food & drink travel guide for Cuba on TheTaste.ie which you can read here, but below is a list of my Havana faves; 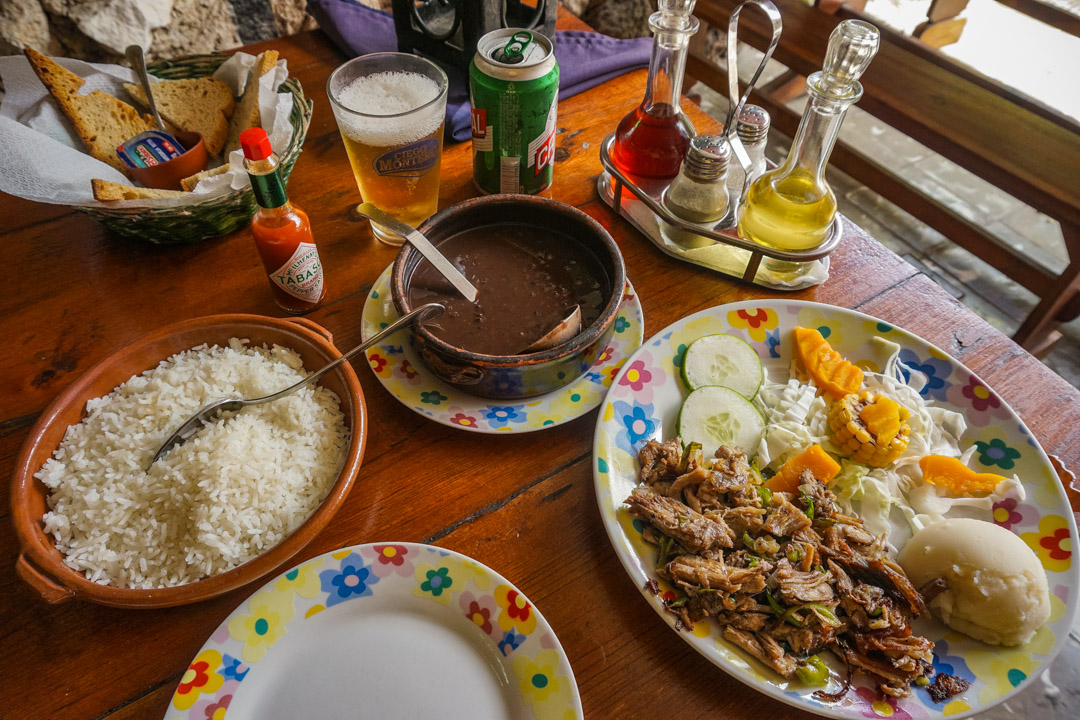 What to do in Havana

Most of the things to do in Havana are neatly tied up in the day-to-day of visiting the city. Staying with a Cuban family in a casa particular for example, drinking mojitos in Old Havana and simply walking the streets exploring 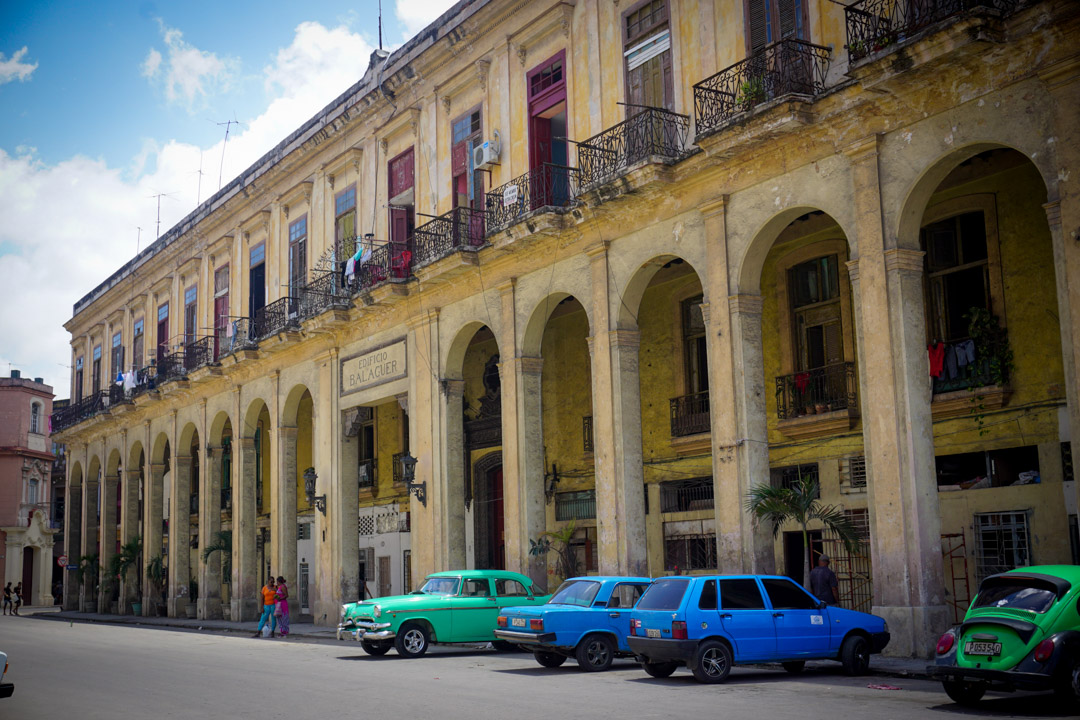 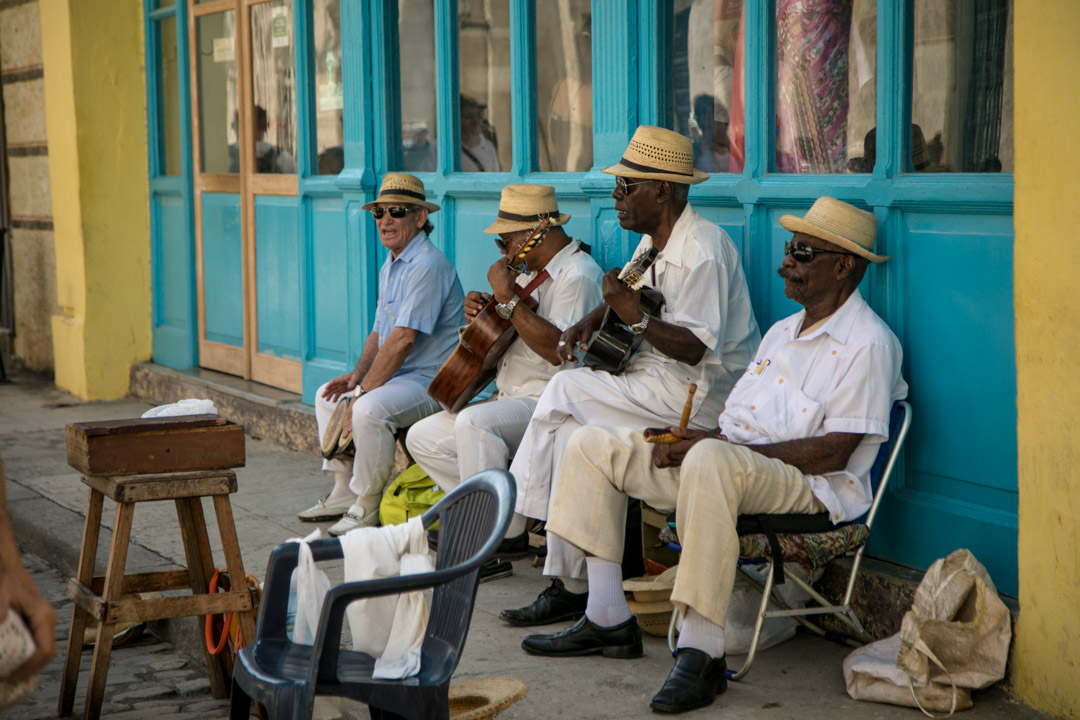 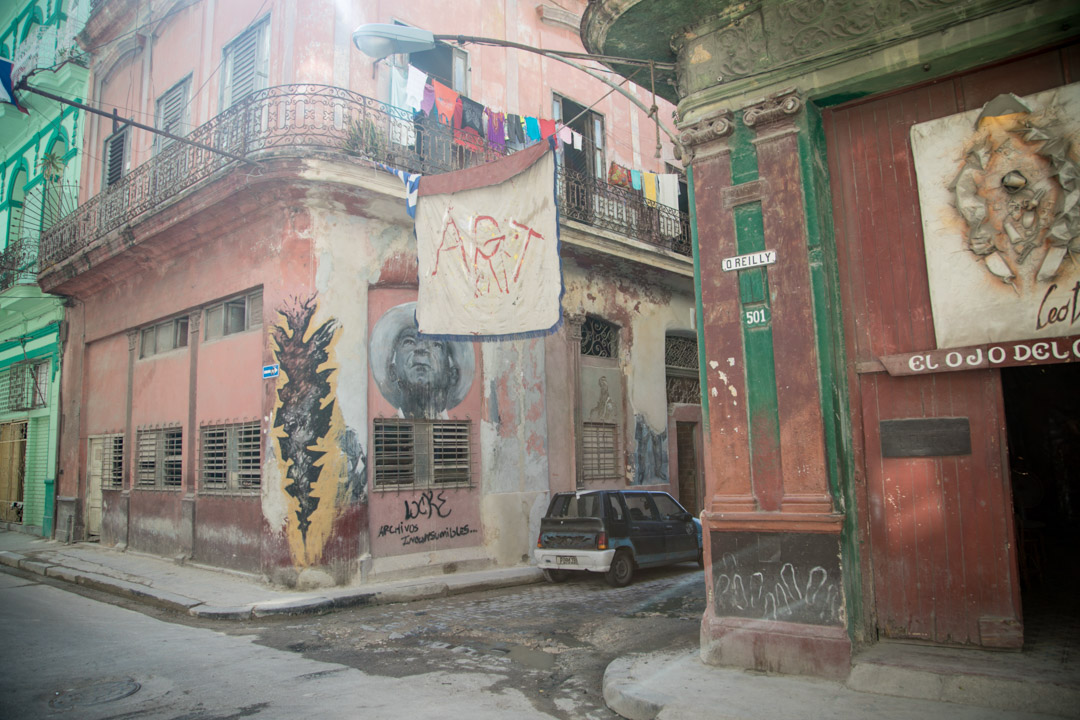 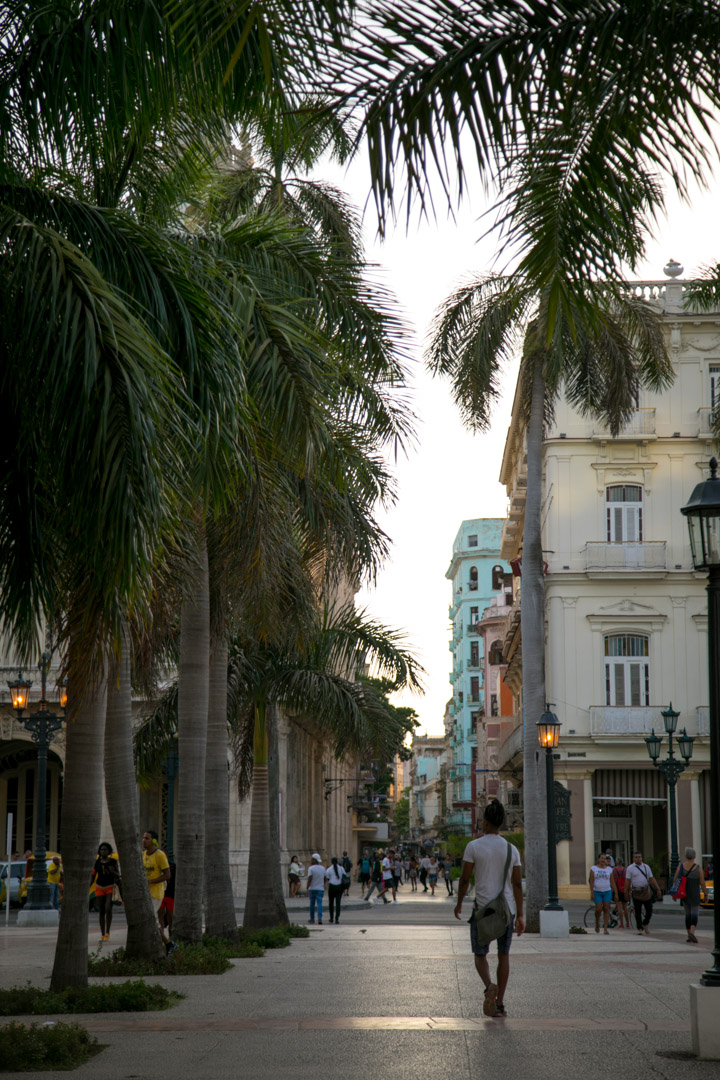 Callejón de Hamel, eating in private restaurants (paladares), enjoying the live music in bars; you’ll unknowingly have experienced some of the major things to do in Havana without even trying. Still, there’s so much more…

Here’s my map with pins of all the places I’ve named in Havana, which should help you navigate your way through the city. Hopefully I’ve covered most of the things you’d want to know about a visit to Cuba’s capital, but please leave me a comment if there’s any other burning questions about Havana!